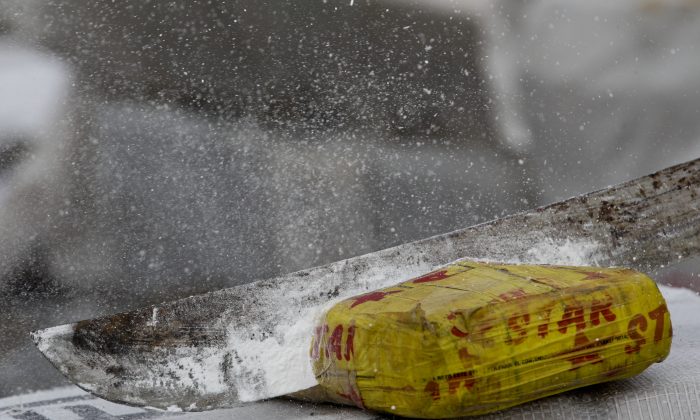 Several law enforcement agencies took part in the sweep, including the newly created Orange County Drug Task Force. That task force is run under the supervision of a Senior Criminal Investigator from the District Attorney’s Office and a lieutenant from the Orange County Sheriff’s Office.

In addition to personnel from those agencies, the Drug Task Force is composed of police officers from other Orange County police departments.

The task force, working with the U.S. Marshal’s New York/New Jersey Regional Fugitive Task Force, was instrumental in the investigation and arrest of nine of the defendants.

Anthony Maillet, 34, of Port Jervis, was arrested on May 7 as a result of a tip from the community for the possession of heroin and cocaine, with the intent to sell both drugs. Maillet was arrested as a part of Operation Frostbite on Feb. 24.

Maillet plead guilty to that charge and a separate charge on March 24. Maillet is a repeat offender and, if convicted of this new charge, could face up to 30 years in prison.

The District Attorney’s Office is asking for the public’s cooperation to find Tyre Whitaker of Newburgh and Aaron Stevens of Wallkill in connection with heroin trafficking. Of the 25 defendants, 7 have prior felony convictions.

“The key to the success of these narcotics sweeps has been the collaborative efforts of the police agencies involved, the local governments who generously agreed to allow their police officers to serve with the county-wide drug task force, and, as importantly, support from the Orange County communities, who recognize the devastation caused by the illegal narcotics trade,” said District Attorney Hoovler.

“This sweep demonstrates that community prosecution and policing initiatives yield tangible results. Many of the arrests of individuals in this sweep began when the police received tips from those in the community who saw residents being put at risk by the selfish actions of drug dealers.”