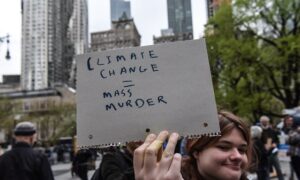 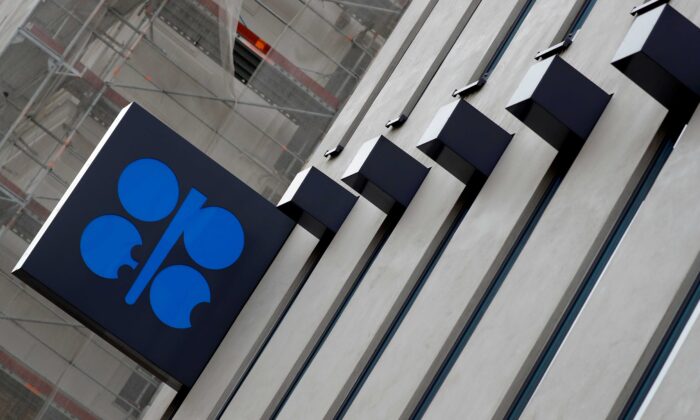 The logo of the Organization of the Petroleum Exporting Countries (OPEC) is seen outside their headquarters in Vienna, Austria, on Dec. 7, 2018. (Leonhard Foeger/Reuters)
Economies

OPEC and its allies see oil inventories declining further in 2021 should producers extend supply curbs for three months or more, a confidential document seen by Reuters shows, supporting the case for a tighter policy on crude output next year.

The OPEC+ producer group, for now, is due to raise output by 2 million barrels per day (bpd) in January, or about 2 percent of global consumption, as part of an earlier agreement to steadily ease record supply cuts that were implemented this year.

But weakening demand has prompted OPEC+, which groups the Organization of the Petroleum Exporting Countries, Russia, and others, to consider delaying the increase.

The report by an OPEC+ panel, known as the Joint Technical Committee (JTC), said the rebound in global oil demand next year would be less than previously thought as the coronavirus second wave continues.

The level of oil inventories in industrialized OECD countries relative to their five-year average is a key benchmark for OPEC+. Stocks have soared in 2020 as demand collapsed due to the pandemic.

According to one scenario in the report, if oil cuts were extended to the end of March 2021, OECD commercial inventories will decline to stand at 73 million barrels above the five-year average in 2021.

If the reduction pact was extended to the end of June, OECD stocks would fall and stand only 21 million barrels above the five-year average next year, according to another scenario.

OECD oil stocks declined in September 2020 but still stood 212 million barrels above the five-year average, according to OPEC’s most recent publicly released information.

The JTC report outlined a third set of circumstances in which oil demand is assumed to be weaker, in which OECD stocks would rise to stand 470 million barrels above the five-year average by the end of 2021. It called this the alternative scenario.

Under the report’s base case scenario, OECD stocks would drop and remain 125 million barrels above the five-year average at the end of 2021, still a sizeable decline from September’s level.

The JTC considered both extensions to existing cuts of three and six months, according to the report.