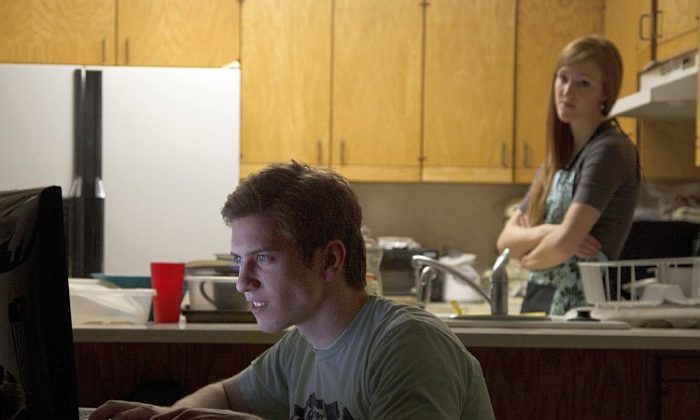 It may be because you’re up all night slaying dragons, but online gaming—particularly role-playing games—harm your marriage.

The findings from Brigham Young University were published in the Feb. 15 Journal of Leisure Research. Of the 349 couples included in the study, 75 percent of spouses wish the other put as much effort into their marriage as they do into their games. The study was led by graduate student Michelle Ahlstrom and recreation management professor Neil Lundberg.

“It’s not the hours that make a difference,” Lundberg said in a press release. “It’s really what it does to the relationship—whether or not it creates conflict and quarreling over the game.”

The conflicts were less about time spent playing the games, but rather arguments that come up over gaming, or gamers staying up too late to play. “These issues can cause problems such as poorer marital adjustment, less time spent together in shared activities and less serious conversation,” states the press release.

Of the couples who both played games, 76 percent said gaming was good for their relationship. But even so, “the same issues existed,” Lundberg said. “For example, if they argued about gaming and bedtime rituals were interrupted, even though they gamed together, they still had lower marital satisfaction scores.”

There were a couple problems with the study. The researchers believe the actual problem could be more severe, “because they found many dedicated gamers were not willing to participate in the study,” states the release.

It states the average respondent is 33 years old and has been married 7 years. Of them, 84 percent of the gamers were husbands, and among couples where both played, 73 percent of the husbands played more than their wives.

Yet, “This study really does verify that gaming has an effect on marital satisfaction,” Lundberg said. “It’s not just a random occurrence that a few couples are dealing with. Based on the large number of married gamers—36 percent of multi-player online role-playing gamers report being married—we can assume this is a widespread issue.”

They left some advice for gamers—particularly considering which games you play, while upholding the virtue of moderation. “With any type of gaming, consider the content of the game,” Ahlstrom said. “Consider what you are doing in the game, how much time it is taking, how it is affecting you, your schooling, work, sleep, body, and especially how it is affecting your spouse and marital relationship.”