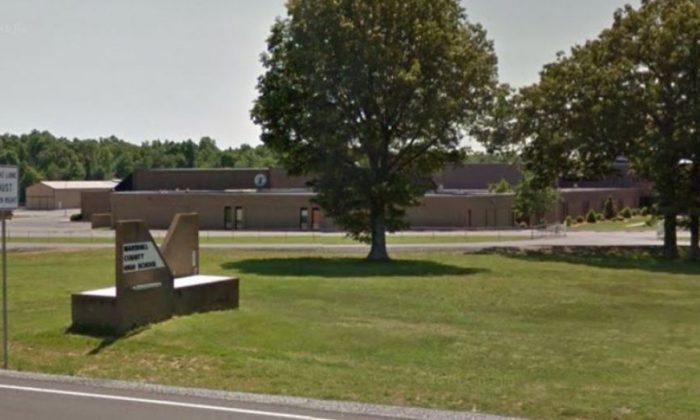 Two people were killed and multiple others were wounded in a shooting at a high school in western Kentucky on Tuesday, Jan. 23, and a suspect was arrested shortly after the violence erupted, state police and the governor reported on Twitter.

In an update from WPSD, Governor Matt Bevin said at a news conference that the total dead is now two and injured at 19.

The Kentucky Department of Education initially stated a student died. But the agency later said it was a “person” who died, according to Kentucky.com.

“They was running and crying and screaming,” a witness told AP. “They was just kids running down the highway. They were trying to get out of there.”

A suspect is in custody, and the person by a Marshall County deputy, the Kentucky State Police told ABC News. Details about the suspect are not clear.

“Tragic shooting at Marshall County HS…Shooter is in custody, one confirmed fatality, multiple others wounded…Much yet unknown…Please do not speculate or spread hearsay…Let’s let the first responders do their job and be grateful that they are there to do it for us,” said Gov. Matt Bevin in a statement.

“It is unbelievable that this would happen in a small, close-knit community like Marshall County,” he said in a later statement, according to Kentucky.com. “As there is still much unknown, I encourage people to love on each other at this time. Do not speculate, but come alongside each other in support and allow the facts to come out.”

Official details were initially sketchy, but police said the person who opened fire was apprehended within 15 minutes of the shooting.

“The scene is secured, (and) the suspect is in custody,” police said. The state police’s initial Twitter alert reported “multiple victims, one of which has been pronounced dead.”

Three of the wounded were flown by helicopter to Vanderbilt University Health Center in Nashville, according to another NBC affiliate, WSMV-TV in Nashville.

Senate Majority Leader Mitch McConnell, of Kentucky, tweeted, “My thoughts are with the students, teachers, faculty, and the entire community. Thank you to the first responders who continue to put themselves in harm’s way to protect others.”

At least one person was killed and others were injured in a school shooting in Kentucky https://t.co/sxVGhheikh

A Marshall County sheriff’s deputy took the shooter into custody, Sergeant Josh Lawson, a state police spokesman, said by phone. Lawson said he had no further details about the assailant or the extent of the injuries.

School officials and the county sheriff could not immediately be reached for further details.

State police are on the scene investigating, according to reports.

UPDATE: At least one person is dead and four injured in Kentucky high school shooting, a law enforcement official says. The shooter is in custody. https://t.co/HnLpZi27CL pic.twitter.com/rjQxh9WOMf

The school has an enrollment of 1,146 students in grades 10 through 12. Marshall County has a population of about 31,000 people. Benton is the county seat.

Kentucky Governor Matt Bevin called the shooting a “tremendous tragedy” in a statement posted on Twitter.