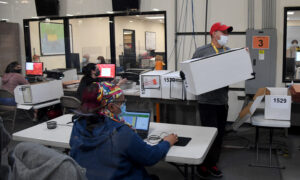 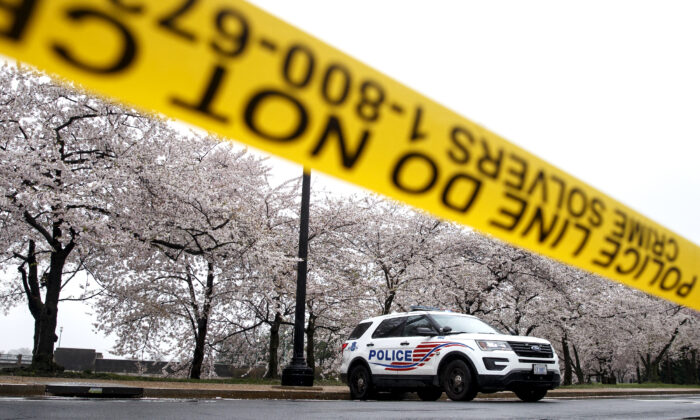 One person was killed and four others injured during multiple shootings that took place early morning Thanksgiving in Henderson, Nevada, the Henderson Police Department said.

Preliminarily, it is believed that the suspects were driving around the city randomly shooting at citizens with no apparent motive.

In a statement, police said they had received several phone calls from different victims in different locations across the city claiming they had been shot at on Nov. 26.

Among the numerous locations was a 7-Eleven convenience store in the 800 block of East Lake Mead Parkway. Upon arriving at the scene, officers discovered a 22-year-old male deceased from an apparent gunshot wound.

The suspects were located and arrested on unrelated charges on Thursday by the Arizona Department of Public Safety (AZDPS). The suspects may have been involved in a string of drive-by shootings near Parker, Arizona, a few hours after the Henderson shootings,  The Las Vegas Review-Journal reported.

In a statement on Facebook, The La Paz Country Sheriff’s Department said there has been a series of shootings in he Parker and Bouse areas on Thanksgiving.

“The suspects were finally caught just east of  Bouse and taken into custody. We do not believe that there is any further threat or any more suspects in the area.  Multiple scenes are being investigated at this time and we will put out a press release when all the information is gathered,” the department wrote.

According to the The Parker Pioneer, the suspects were arrested on state Route 72 after they rolled their vehicle.

Anyone with information in this case is urged to call the Henderson Police Department at 702-267-4911, 3-1-1, or to remain anonymous, call Crime Stoppers at 702-385-5555 or visit Crime Stoppers website. Tips directly leading to a felony arrest or an indictment processed through Crime Stoppers may result in a cash reward.
TOP NEWS