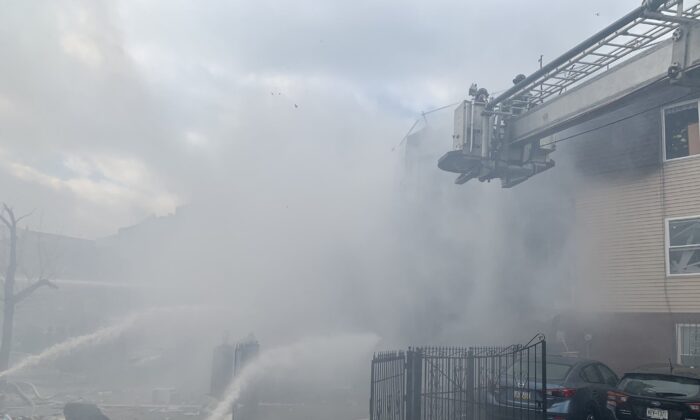 One person died and nine were injured, including five police officers, in a fire explosion in New York City on Tuesday, the fire department said.

The incident took place at 869 Fox Street in the Bronx, a fire department spokesperson said. Media reports said a gas explosion had sparked the fire and building collapse.