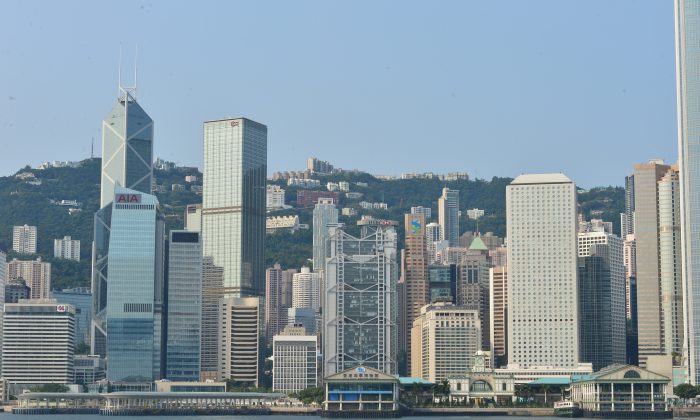 Hong Kong is a part of China. Its web television shows aren’t.

January 2015 has come and gone, but Hong Kong broadcaster Television Broadcasts (TVB) has yet to air their productions on mainland China video sites, according to the Hollywood Reporter.

This is because the State Administration of Press, Publication, Radio, Film and Television (SAPPRFT)—China’s media censorship department—ruled in September that Hong Kong TV shows are “overseas productions,” even though the semiautonomous city’s TV dramas and films qualify as Chinese co-productions under an economic partnership agreement. All foreign producers have to submit a season’s worth of TV episodes for Chinese censors to approve before it can be shown in China.

As Hong Kong has been Chinese territory for almost twenty years—the British transferred sovereignty of the former colony to Beijing in 1997—it’s puzzling why the city’s TV shows, which have a huge following on the mainland, face such strict censorship.

Some commentators think there is a link between China preventing mainland online sites like Youku Tudou, Tencent, and Sohu.com from streaming Hong Kong dramas and the increasing calls for genuine political reform by the city’s pro-democracy supporters. Student protesters occupied roads for nearly three months to protest a very restrictive democratic reform framework that Beijing is pushing.

Other commentators predict a rise in piracy on the mainland as people seek bootleg versions of their favorite Hong Kong TV shows.

Meanwhile, foreign TV shows with violence and nudity, like the HBO series “Game of Thrones,” or Netflix’s “House of Cards,” which mentions Chinese government graft, have somehow escaped the censors.

This isn’t the first time Chinese censors have decided to wield the scissors.

In 2011, TVB drama “When Heaven Burns” was pulled after a number of episodes because a particular episode featured a protest scene where demonstrators held banners bearing phrases like, “We love China and Hong Kong but not the CCP” and “Hong Kong political reform model is the Chinese model,” according to New Tang Dynasty Television (NTDTV). “When Heaven Burns” became the first Hong Kong show to be blacklisted in over twenty years.

Of course the latest Chinese censors’ ruling will not completely shut out Hong Kong TV shows from the mainland; they will just take longer to be legally available online.

But it does raise the question: Why is the Chinese regime, which continually stresses the “one country” aspect of “one country, two systems”—the principle that allows Hong Kong to keep its capitalist economy and its civil liberties for fifty years—so willing to compromise with “two (television) systems”?