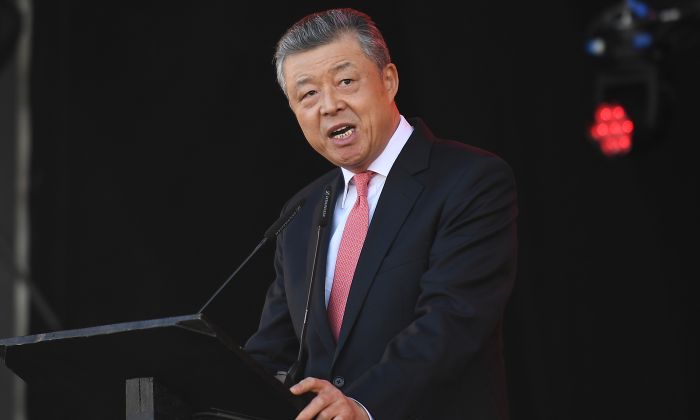 A $1.24 billion-valued agreement between a British city and a Chinese manufacturing firm has been canceled after three years of inaction. The broken deal occurs amid chilly diplomatic relations between London and Beijing.

In recent weeks, London officials have expressed support for Hongkongers who have flooded the streets in protest of a controversial extradition bill that they consider an affront to the city’s autonomy—drawing Beijing’s ire.

Hong Kong was handed over from British to Chinese rule in 1997. The Chinese regime had promised it would preserve freedoms in Hong Kong that are not afforded in the mainland.

But the now-suspended bill, which proposed that any country, including mainland China, would be able to seek extradition of an individual to be tried in courts controlled by the Chinese Communist Party, sparked fears that Hong Kong’s rule of law would be infringed upon.

“The UK government has chosen to stand on the wrong side. It has made inappropriate remarks not only to interfere in the internal affairs of Hong Kong, but also to back up the violent lawbreakers [protesters],” said Liu Xiaoming, Chinese ambassador to the UK, at a July 3 press conference.

In October 2015, when Chinese leader Xi Jinping visited the UK, then-British Prime Minister David Cameron said that the UK and China would enjoy a “golden age” of economic cooperation.

BBC reported that the investment would be disbursed within the next 60 years, with an initial 220 million pounds ($273 million) to be invested into five projects in the first three years.

“It is the first deal of its kind to be made by a UK city,” leader of the Sheffield City Council Julie Dore told BBC at the time. “We have the skills and the connections to drive economic growth in our city.”

The city council estimated that hundreds of jobs would be generated, though few details about the projects were made public.

Later in 2016, the Chinese firm signed a deal to change the city library into a five-star hotel. During a subsequent evaluation, Sichuan Guodong gave up on the project, saying that costs to renovate the historical building proved too high.

BBC also reported that the council had spent 40,000 pounds ($49,600) on councillors’ trips to China in connection with the agreement.

On July 9, Sheffield’s cabinet member for business and investment, Mazher Iqbal announced at Sheffield Town Hall that the deal was “dead.”

It is unknown how much Sichuan Guodong had actually invested in Sheffield.

Paul Scriven, former Sheffield council leader, reacted on Twitter on July 9: “The £1bn Chinese investment deal was not worth the paper it was written on. Yet still they wasted taxpayers money on this vanity project,” referring to the tax money spent on the councillors’ trips.

Sichuan Guodong is not the first Chinese company that failed to fulfill its promise in the UK.

In 2015, Peel decided to cancel the agreement because it had not received the investment from San Wa.