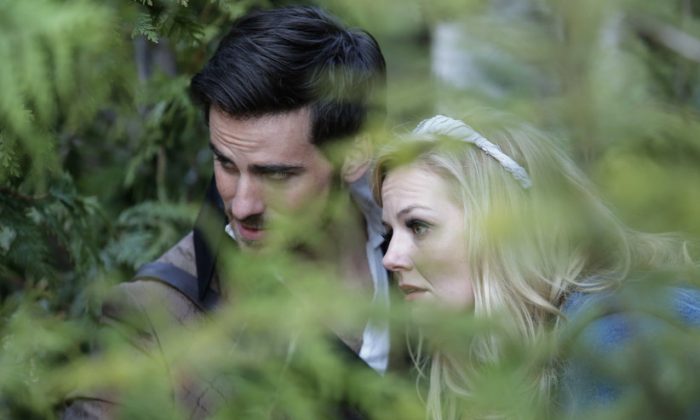 Once Upon a Time Season 4 Premiere Date Announced; Spoilers and Trailer Possibly Coming at 2014 Comic-Con

The air date for episode 1 of season 4 of Once Upon a Time was announced by ABC this week.

The highly-anticipated return should feature at least one of the “Frozen” characters. Anna, Elsa, and Kristoff have all been confirmed to appear in multiple episodes in the upcoming season.

Meanwhile, the season will be explored during a panel discussion at the 2014 Comic-Con in San Diego on Saturday, July 26.

“As Elsa enters Storybrooke, she brings an icy new twist to the lives of the rest of the fairytale inhabitants,” according to the description.

The panel will last for approximately 45 minutes.

Space is filling up fast as already over 1,000 people have said they’re attending.

It will be held at Ballroom 20 at the San Diego Convention Center.

Seating in all event rooms at Comic-Con is on a first-come, first- served basis. Because of the sheer number of attendees, simply having a badge does not guarantee a seat in programs and events, nor an autograph from a specific celebrity.