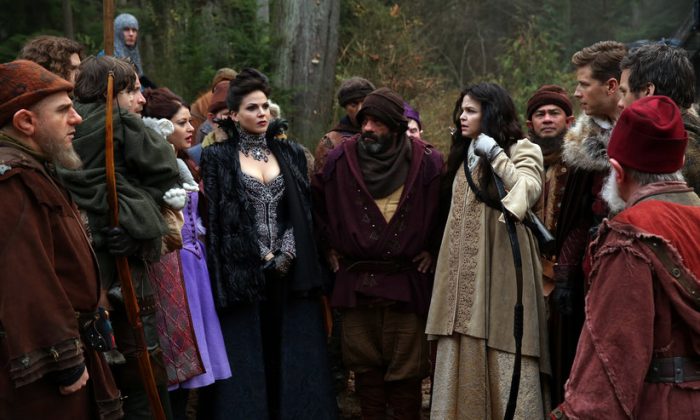 Once Upon a Time Season 4? Is ABC Show ‘OUAT’ Going to be Renewed or Canceled?

Once Upon a Time is nearing the end of season 3 with only two weeks left and fans are wondering whether the TV show will be renewed for another season.

Despite ABC not officially announcing a renewal yet, “OUAT” is looking good with strong ratings.

Last week’s ratings were 7.3 million overall, 2.2 million in the coveted 18-49 age bracket. That bracket rating beat all three competitors–The Amazing Race on CBS, The Simpsons/Family Guy on Fox, and Dateline on NBC.

That rating was also actually the best all night among any program.

The overall rating was also one of the stronger for the evening, coming sixth.

TV By the Numbers, a blog that predicts renewals and cancellations, says that Once Upon a Time is “certain to be renewed.” TV Wise, a similar blog, says that the show is set for renewal.

ABC hasn’t renewed any shows yet but is expected to announce its fall schedule at the upfront meeting on May 13.

Season 4 should be full of new plot twists and new characters. No official description has been released for the season 3 finale but co-creator Eddy Kitsis revealed that there’s going to be a wedding.

Will Scarlet, also known as the Knave of Hearts (played by Michael Socha), from the canceled spinoff Once Upon a Time in Wonderland will join the “OUAT” cast in the next season, Entertainment Weekly reported.

He will move into the cast as the major male character Neal was killed off recently in season 3.

As for other Wonderland characters, their futures are up in the air.