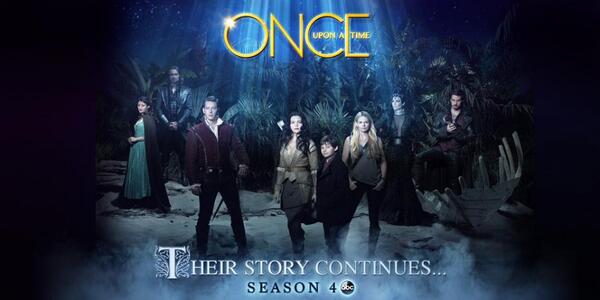 Once Upon a Time on ABC has been renewed for a season 4 as season 3 wraps up on May 11.

So what’s there to expect for the next season? Let’s check out what’s been revealed so far.

-At least one character is going to come over to Storybrooke from Once Upon a Time in Wonderland. Will Scarlet, also known as the Knave of Hearts (played by Michael Socha), from the canceled spinoff will join the “OUAT” cast in the next season.

“We’re very excited about the possibilities for Michael and all the characters,” show co-creator Adam Horowitz told The Hollywood Reporter.

“He was a member of [Robin Hood’s] Merry Men,” added co-creator Edward Kitsis. “We think he’ll fit in well in the show.”

-The season 3 finale will reveal where the Storybrooke crew is going next season. “We can’t tell you much, but I will say what the future holds is made pretty clear in the last few minutes of the episode,” Horowitz told E! News. “Let’s just say, you’ll definitely be wanting some answers from us come Monday morning!”

“We’re definitely setting up the area into which we are going next year,” Kitsis added to TVGuide. “You will know what we are planning to do at the end of these two hours.

-Fans and writers have been speculating about what lands will be explored in season 4. Choices so far include Narnia from Chronicles of Narnia, Camelot from the King Arthur tales, and and Arandelle from “Frozen.”

“We would be completely honored if Kristen Bell or Idina Menzel wanted to do our show,” Kitsis and Horowitz said earlier this year. Bell responded to E! News. “That would be unbelievable. I love that character of Anna so much. She is exactly who I wanted to see when I was five years old. She is really close to my heart.”