House Committees to Review Senate-passed Bill That Could Delist Some Chinese Firms: Pelosi
0 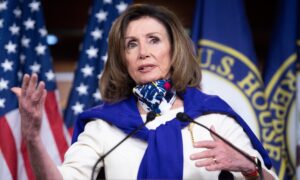 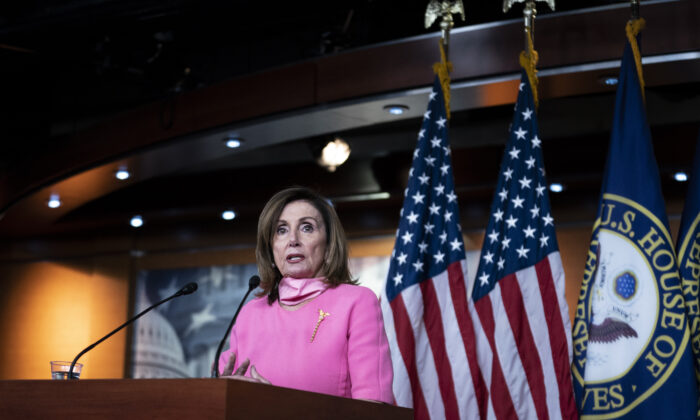 June 4 this year marks the 31st anniversary of the Tiananmen Square protests and massacre.

“For me, today is a very sad and special day,” she said at a press conference.

Pelosi, who is a longtime critic of China’s human rights record, visited Beijing two years after the crackdown to protest in memory of the victims of the massacre.

“In 1991, I stood in Tiananmen Square by members of Congress, bipartisan, and we unfurled the flag, reading, ‘To those who died for democracy.’ We were chased by the police. It was a question of who could run faster, because they were after us with clubs,” she said.

The protests, a youth-led movement advocating for democratic reforms in China, were forcibly suppressed 31 years ago after the communist regime declared martial law. Chinese troops opened fire on their own people on June 4, 1989, to end the protests around the square.

To this day, the Chinese Communist regime hasn’t disclosed the names or the number of those killed during the crackdown. Estimates of the death toll by human rights groups vary from several hundred to several thousand.

Thousands of people defied a police ban and staged a candlelight vigil at Victoria Park in Hong Kong to commemorate the victims of the massacre on June 4.

President Donald Trump last week ordered his administration to begin the process of revoking Hong Kong’s preferential trading status after Beijing passed a controversial national security law that would erode the city’s autonomy. In addition, the administration said it will “take necessary steps” to sanction Chinese and Hong Kong officials involved in curbing freedoms in the city.

Secretary of State Mike Pompeo on June 1 said the United States might open its doors to people from Hong Kong, a former British colony.

UK Prime Minister Boris Johnson pledged on June 3 to allow more than 2.8 million people from the city to live and work in the UK if China implements the proposed national security law.

“This is consistent and a continuation of UK law vis-à-vis Hong Kong,” she said.

“The concern I have about it is, though, as generous as that is, that would be a large percentage, maybe like 40 percent of the people of Hong Kong, and it would be a big brain drain on Hong Kong,” Pelosi said.

“But I would hope that democratic freedoms could come to Hong Kong.”

This arrangement has enabled the United States to deal with Hong Kong as an entity separate from China in matters of economics and trade for more than two decades.

Over the past year, U.S. lawmakers have passed legislation with a strong bipartisan vote in response to human rights issues in China, including the Hong Kong Human Rights and Democracy Act, the Uyghur Human Rights Policy Act, and the Tibet Policy and Support Act.