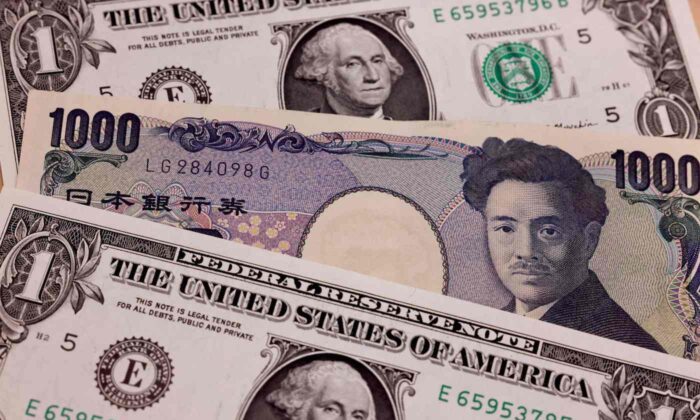 Japan has long been regarded as a sunset empire with lost decades: Inflation has always been low while the Bank of Japan (BoJ, central bank) is reluctant to reverse the ultra-easing monetary policy. Then the Japanese Yen has been free falling against the U.S. Dollar as well as other major currencies. But look at the figures. Japan’s overall inflation is already 2.6 percent (July figure), up from -1.2 percent at the end of-2020; core inflation excluding fresh food and energy also stands at 1.2 percent. In a country with zero trend growth in GDP and a declining population, such inflation is high.

The reason for this is obvious: After two decades of ultra-easing monetary policy, it is time for it to be effective now. Before explaining this in detail, we have to distinguish the long- and short-term factors of inflation. There are two well-known long-term factors to Japan’s prolonged low inflation: Debt and aging. Indebtedness leads to deflation (or disinflation) since any new money available (printed) will be used to repay debt. On the other hand, aging or population decline means weakness in consumption and hence lacking the potential to raise prices.

Nevertheless, the debt problem should have been mostly eliminated after four recessions (cycles) from the bubble burst in 1990 to the financial tsunami in 2008. The Japan stock indexes (whether Nikkei 225 or Topix) have demonstrated a turnaround from downhill to uphill by 2008–2010 is a confirmation of this. For aging problem, is a worldwide issue faced by most countries and should not be a reason for this round of low inflation. Otherwise, we should have observed low inflation everywhere instead of being confined to a few places like Japan and China.

Like many other places, Japan’s inflation can in fact be explained by monetary growth, that is, inflation is always a monetary phenomenon as Milton Friedman said. The accompanying chart plots the growth of broad money (M3) with that of the price level (CPI). The ups and downs are generally matched except for a few episodes. The first episode happened in the 1980s around Plaza Accord, Japanese Yen had deep depreciation followed by sharp appreciation. This resulted in huge outflow and then strong inflow, where inflation slumped and surged accordingly.

Two other episodes happened during the consumption tax hike. This is easily understandable when the tax burden was passed through (whether complete or not), the price level would have a one-off permanent jump leading inflation to have an impulse shoot then die down gradually. The remaining scenario of high inflation was the oil crisis in 2008 when the oil price hit $147. The key message is that the secular uptrend emerged since BoJ launched quantitative easing (QE) in 2001. In this sense, money growth leads to inflation despite six quarter lag.

Knowing this 1.5-year time gap allows the projection of the near-future inflation path: It is expected to peak now and then return to zero in another 1.5 years’ time. Maybe BoJ has already seen through this so that they remain in inaction despite all other central banks are tightening. But, this is unique to Japan.