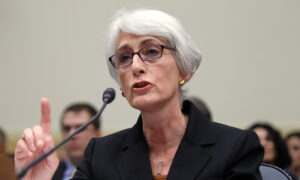 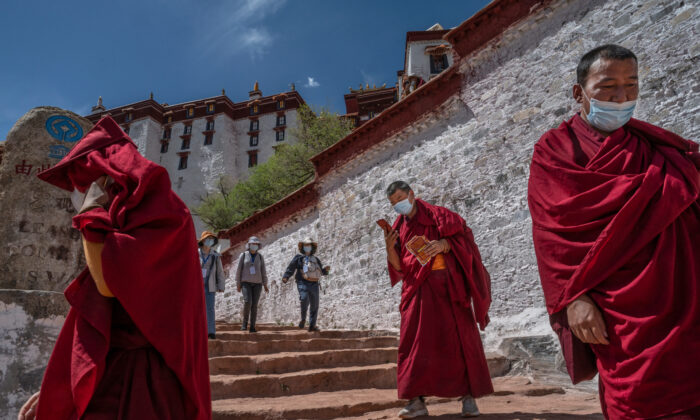 China’s Communist Party marked the 70th anniversary of its taking control of Tibet with a call for the region to embrace the regime’s rule.

At the iconic Potala Palace, a sacred Buddhist site in Tibet’s capital Lhasa, Chinese Vice Premier Wang Yang spoke on Aug. 19 in front of a tightly-vetted crowd of 20,000 people, casting the Party as the savior that “peacefully liberated” Tibetan “peasant slaves.”

“Tibet could only develop and prosper by adhering to the Party’s leadership and the socialist path,” said Wang, who also heads the regime’s mostly nominal political advisory body and is a member of the Party’s top decision-making body, the Politburo Standing Committee.

The 14th Dalai Lama, who turned 86 this year, fled on foot to India in 1959, after the Chinese military crushed a Tibetan uprising. Around 80,000 people soon followed him, according to the exiled Tibetan government.

While the regime claims that it “liberated” Tibetan peasants from an oppressive theocracy, critics and activists say that Beijing had instead embarked on a campaign of “cultural genocide” in the unique Buddhist region, which had been largely independent of central Chinese rule for most of its history.

Over the years, the regime has forced monks and nuns to return to secular life and handed harsh sentences, as long as 20 years, to some monks, according to human rights groups.

A 2020 report by think tank Jamestown Foundation also found militarized vocational training camps—similar to those that hold more than 1 million Uyghurs in Xinjiang—appearing in Tibet.

Wang, in his speech at the ceremony, took a victorious tone, gloating over what he described to be a “harmonious and stable” Tibet, where different ethnicities “love each other like tea and salt,” in a reference to the smoky, salty local beverage known as butter tea.

He said the Party has “defeated the separatist and sabotage activities by the Dalai [Lama] group and overseas hostile forces” and successfully eliminated extreme poverty in the region.

Intensifying cultural assimilation and “patriotic education” seem to be in store for Tibetans. Stressing a need to deepen the public’s acceptance of the Party and “socialism with Chinese characteristics,” Wang called for “all-rounded efforts” to push Tibetans to write and speak the standardized mandarin language and develop shared “symbols and images of the Chinese nation.”

Broadcast footage of the event, live-streamed nationwide through Chinese state media, prominently featured a solo portrait of Chinese leader Xi Jinping that towered over the audience, a scene reminiscent of the personality cult built around the Party’s first ruler, Mao Zedong.

Later in the day, Wang joined about 600 people to watch a performance with segments touting the Tibetans’ purported gratitude toward the Party.

The festive mood wasn’t shared among the Tibetan diaspora.

“Judging by developments in Tibet over the past 70 years, the Tibetan people have no cause for jubilation,” International Campaign for Tibet, a Washington-based advocacy group, said in a statement.

“Chinese policies have turned Tibet itself into an open-air prison,” it added.

It cited a new internal code of conduct forbidding Tibetan officials from practicing religious beliefs. According to the group, the new policy first began circulating in April and bans Party members who hold official positions from wearing Buddhist beads, displaying religious signs on government vehicles, donating money to monasteries, and paying religious pilgrimage. The officials were also told to discourage their family members from religious practices.

“After 70 years of oppression, the only thing the Tibetan people need ‘peaceful liberation’ from today is China’s brutality,” the group stated.