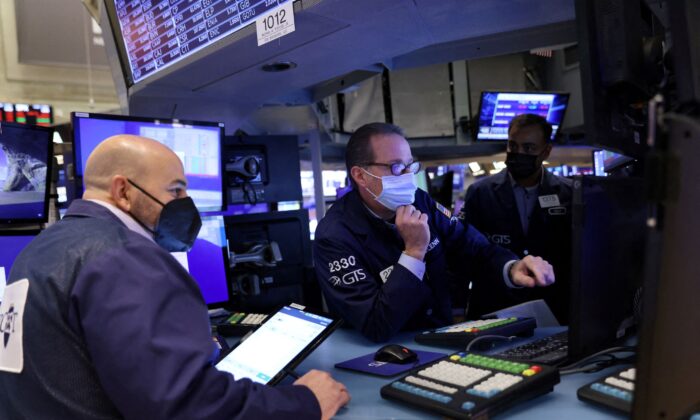 Economists are downgrading their global economic growth forecasts for Q1 2022, due to diminished economic returns in December, as businesses and customers struggle with the sudden spread of the Omicron variant.

Analysts had anticipated that a winter wave of COVID would lead to a downturn in Q1 2022, but many were caught off guard by the severity of variant’s effects on the markets.

Thousands of flights have been cancelled in recent weeks, with back-to-office plans being shelved by major companies since the variant hit the United States in late November.

The entertainment and retail sector in the United States have been hit especially hard, with professional sports venues, theaters, and Apple stores facing temporary shut downs.

Businesses are suffering from an already severe labor shortage and many customers are increasingly avoiding public venues such as restaurants and stores to avoid illness.

Economic fears continue despite a Dec. 27 announcement from the U.S. Centers for Disease Control and Prevention, which reduced the recommended amount of time for infected but asymptomatic individuals to isolate from ten days to five, after research from new studies.

“It feels like a very similar dynamic as when Delta hit,” Zandi said, referring to the earlier variant of COVID-19 that slammed the economy in the summer.

Zandi’s initial expectation of a 6.1 percent expansion in growth in U.S. GDP for Q3 2021 fell short, with only a rise of 2.3 percent with the arrival of the Delta variant.

However, Jefferies is expecting a significant bounce back, with its second- and third-quarter estimates up to 7.4 percent and 7.2 percent, respectively.

The decline in outdoor spending in recent weeks in industries such as airlines and dining in the United States has been observed in customer credit and debit card data from JPMorgan Chase.

Consumer demand remained positive in the run-up to the holiday season despite COVID-19 fears, with U.S. retail sales rising 8.5 percent between Nov. 1 and Christmas Eve compared with the same period last year, according to Mastercard’s SpendingPulse.

While there are positive signs that the global supply chain crisis is easing, price pressures are expected to last well into 2022, according to S&P Global.

Food manufacturers are planning another round of price increases in 2022 due to the continuing supply and labor shortages, as inflation reaches levels not seen in decades.

Central banks across the globe are also expected to take action on the COVID-19 induced inflation, with the Federal Reserve set to make way for interest rate hikes in the spring of 2022.

Meanwhile, the latest U.S. unemployment rate is showing some improvement at 4.6 percent, according to S&P. This figure is closer to pre-pandemic levels.

The analytical group observed that unemployed workers were getting jobs at a faster pace, but the Omicron outbreak has caused another wave in employee sick leave absences.

Many economists are confident that the recent hit to the global economy is unlikely to be as severe as last winter, viewing the recent downturn as having only a short term impact on spending and growth.

Analysts say that healthcare providers and businesses are better prepared this time in managing the effects of the COVID-19 variants, and have high expectations that the vaccines and boosters will diminish the effect on the economy.

“Broadly speaking, each new wave is going to do a little less damage than previous waves,” but the subsequent recovery will be gradual, Zandi said on a hopeful note.