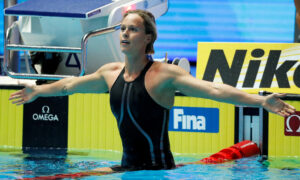 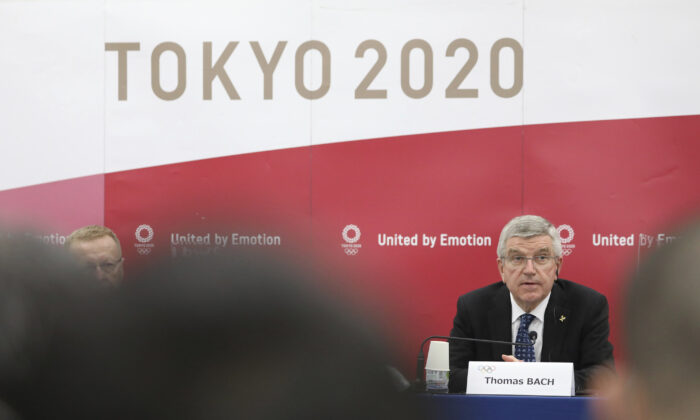 The president of the International Olympics Committee (IOC) said Monday that the organization will undertake “great efforts” to ensure that both fans and participants in the Summer Games in Japan next year are vaccinated against the CCP (Chinese Communist Party) virus.

IOC President Thomas Bach told reporters in a press conference that there would be a strong push for people attending next year’s postponed Tokyo Games to get the vaccine, if available, although he did not say it would be mandatory.

Some athletes and fans from abroad may oppose taking the vaccine, with Bach previously hinting the issue was a matter of Olympic “solidarity.”

“In order to protect the Japanese people and out of respect for the Japanese people, the IOC will undertake great effort so that as many [people] as possible—Olympic participants and visitors will arrive here [with a] vaccine, if by then a vaccine is available,” Bach said after talks with Japanese Prime Minister Yoshihide Suga.

Bach also suggested the IOC would cover at least some of the costs of vaccination.

Bach is on a two-day visit in Japan to meet with Suga and Games organizers to discuss how the Olympics can be held next year. It’s Bach’s first visit to Japan since the Olympics were postponed almost eight months ago amid the CCP virus pandemic.

After meeting with Yoshiro Mori, the head of the local organizing committee and former prime minister of Japan, Bach said urging people to get the shot would help ensure the Olympics are conducted safely.

“We want to convince as many foreign participants as possible to accept a vaccine,” Bach said, adding, “This makes us all very confident that we can have spectators in the Olympic stadia next year and that spectators will enjoy a safe environment.”

Earlier, Bach said the IOC may seek to secure its own vaccine supply although priority should be given to frontline medical staff and people in high-risk groups.

“There are a number of different options under consideration about how vaccines can be made available, but first of all the first wave of vaccination must be for the people in need, for the high-risk groups, for the nurses, for doctors and everybody who is keeping our societies alive,” he said after last week’s meeting of the IOC’s executive board.

“In this context we will have further discussions with all the experts, the manufacturers, with the governments, with the health authorities to see how, with respect to vaccinations, we can ensure the safe environment in the best possible way for everybody in Tokyo,” he said.

Japan has noted 120,520 COVID-19 infections and 1,885 deaths due to the virus, according to Johns Hopkins University tallies.