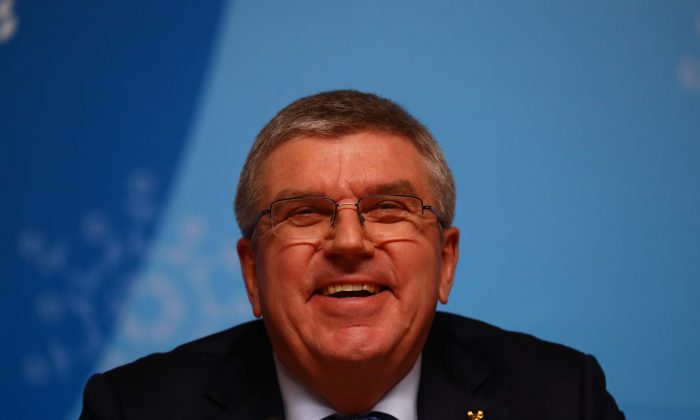 PYEONGCHANG—The decision by the Court of Arbitration for Sport (CAS) to overturn lifetime Olympic bans on 28 Russian athletes came as a complete surprise and it could make the fight against doping more difficult, said IOC President Thomas Bach on Sunday.

CAS said on Thursday there was insufficient evidence of anti-doping violations against the athletes, and while it confirmed 11 other Russians had committed doping offences it reduced their lifetime bans to a suspension from this month’s Pyeongchang Winter Games.

The bans were originally imposed by the International Olympic Committee (IOC) following an investigation into alleged systematic doping in Sochi four years ago.

The IOC has banned Russia from Pyeongchang as a result of its “unprecedented systematic manipulation” of the anti-doping system, although individual Russian athletes can compete as neutrals if they can meet stringent IOC criteria.

“This CAS decision is extremely disappointing and surprising,” Bach said on Sunday after an IOC Executive Board meeting. “We would never have expected this.”

CAS had told the IOC that its reasoned decision for upholding the athletes’ appeals might not come until the end of February, but Bach said this was “extremely unsatisfactory given the gravity of the cases”.

After receiving the reasoned decision, the IOC would explore the possibility of an appeal, he added, warning that the CAS decision had the potential to have a “very negative” impact on the fight against doping.

He also said the ruling had showed it was necessary to change the internal structure at CAS to allow it to “better manage the quality and the consistency of its jurisdiction”.

Bach said the decision to invite 169 Russian athletes to compete at this month’s Olympics in South Korea gave them a chance to show the country’s sporting community that clean athletes can be successful.

“We gave a new and young generation of Russian athletes, after having passed great scrutiny by the independent panel, the opportunity to be invited to participate in the Games and to be ambassadors for a clean sport,” he said.