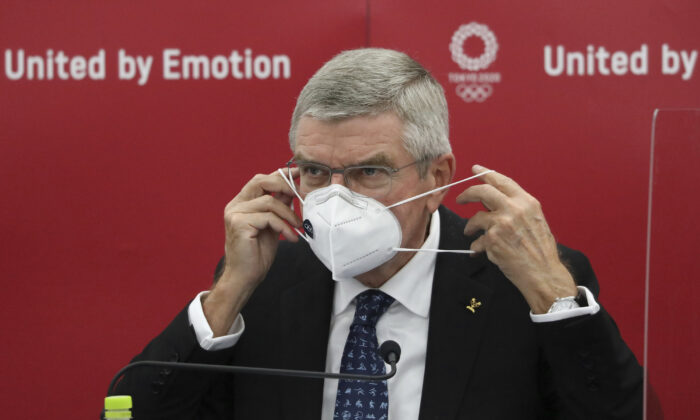 Olympic’s Bach Says ‘No Plan B’ for Tokyo Games: Kyodo

TOKYO—There is “no Plan B” for the Tokyo Games, said International Olympic Committee President Thomas Bach, who reaffirmed his commitment to holding the showpiece event this year in an interview with Kyodo News on Thursday.

After the Games were postponed last year because of the global novel coronavirus pandemic, Saturday marks six months until the rearranged Olympics are due to start on July 23.

Despite dwindling public support and a surge in coronavirus cases across the world, organisers are adamant the Games will go ahead.

“We have at this moment, no reason whatsoever to believe that the Olympic Games in Tokyo will not open on the 23rd of July in the Olympic stadium in Tokyo,” Bach told Kyodo News.

“This is why there is no Plan B and this is why we are fully committed to make these Games safe and successful,” he added.

With the Beijing 2022 Winter Olympics on the horizon and rapidly escalating costs further reducing public support, Tokyo organisers have repeatedly ruled out postponing the Games again.

By Eimi Yamamitsu and Jack Tarrant