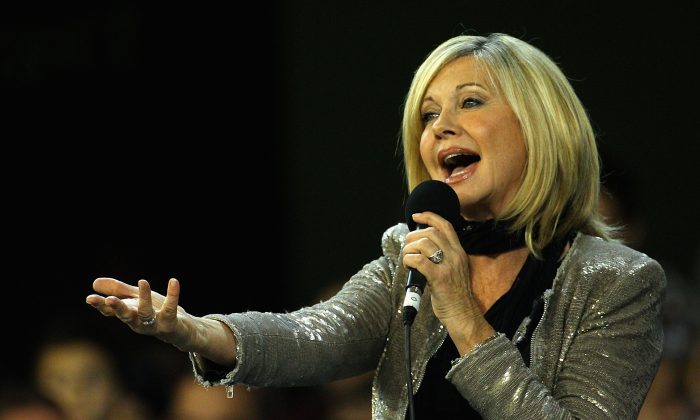 Olivia Newton John performs before a match between the Melbourne Demons and the Carlton Blues at the Melbourne Cricket Ground on May 27, 2011, in Melbourne, Australia. (Quinn Rooney/Getty Images)
Entertainment

Newton-John was set to begin a residency as a performer at the Flamingo hotel in Las Vegas, but has said she will postpone that engagement to stay with her sister.

“As a cancer ‘thriver’ myself, as many people are, I am very aware of the importance of love, support, and family during this journey she is about to begin,” Newton-John, 64, told ET. “I want to thank everyone in advance for respecting our privacy during this difficult time.”

Newton-John was diagnosed with breast cancer in 1992. In a 2004 message from the star on the Breast Cancer Success website, she said, “The support of my family and good friends was priceless and lots of laughter, the best medicine of all!”

She had a partial radical mastectomy and eight months of chemotherapy, but also connected with Eastern philosophies and meditation as part of the healing process.

“A positive attitude, which is essential to one’s ultimate survival, good nutrition both emotionally and in a dietary sense, are invaluable,” she said. The experience helped her get over some of her fears and she said she learned much.