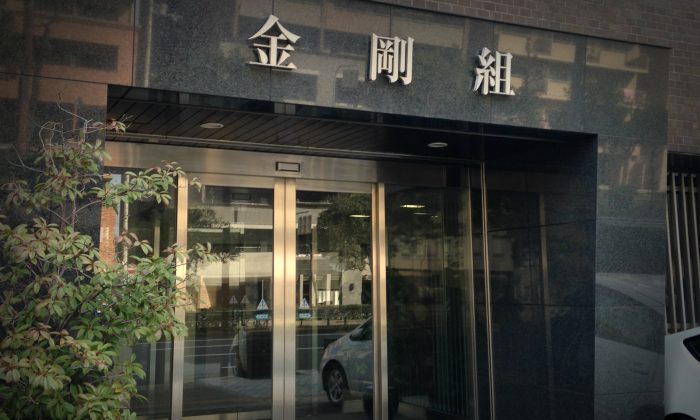 For 1,400 years, Kongo Gumi was a successful Japanese company involved with the construction of spectacular Buddhist temples. Until its fall in 2006, it was the world’s oldest continuously operating family business, surviving 14 centuries of political upheavals, economic crises, and world wars. But not even Kongo Gumi could survive Japan’s economic downtown nearly a decade ago.

The Beginning—An Invitation From a Prince

A 10-foot-long 17th-century scroll traces 40 generations of the Kongo family back to the company’s start in 578 A.D., when Shigemitsu Kongo, a skilled carpenter, along with two other master craftsmen, were invited from Baekje in the Korean peninsula to build Japan’s first Buddhist temple at Shitenno-ji.

The invitation came from Prince Shotoku, a regent and politician of the Asuka period in Japan who served under Empress Suiko. Prince Shotoku is known for having been an ardent Buddhist who contributed to the spread of Buddhism throughout Japan.

Based in Osaka, the Shitenno-ji Buddhist temple was commissioned by Prince Shotoku to worship the four heavenly kings, known as the Shitenno. To honor the kings, four institutions were built—an institution of religion and education, a welfare institution, a hospital, and a pharmacy.

The temple complex consists of a five-story pagoda, a main Golden Pavilion, a lecture hall, and three temple gates.

Following the success and honor of constructing Japan’s first Buddhist temple, master craftsman Shigemitsu Kongo started the Kongo Gumi company in his family name. Over the centuries, the carpentry skills were passed down the family line, as was control and ownership of the business.

If there were no male heirs, or the heirs that existed were deemed unfit to run the family business, the reins would pass to a son-in-law, who would take on the Kongo name, or to a daughter. In each case, the family member to take control of the company was carefully selected based on leadership skills.

The Spread of Buddhism Fuels the Success of Kongo Gumi

One of the keys to Kongo Gumi’s success was that it chose an industry supported by a belief system that has endured for thousands of years and with millions of followers. There were no shortage of temples to be built!

Over the centuries, Kongo Gumi constructed hundreds of Buddhist temples, gates, and buildings, including the formidable Osaka Castle, one of Japan’s most famous landmarks. Built in 1583 A.D., Osaka Castle played a major role in the unification of Japan during the 16th century Azuchi-Momoyama period.

Another key to Kongo Gumi’s success is attributed to its flexibility in times of crisis.

When World War II struck, building temples was not on anyone’s priority list, so the company responded quickly and used their resources and carpentry skills to prepare thousands of coffins, which sadly were in high demand.

Following the war, a huge effort was needed to reconstruct shrines and temples that had been destroyed. However, Kongo Gumi saw that wooden constructions were not the most resilient against earthquakes, fires, and war damage, so they evolved to develop new concrete construction methods, which would help their buildings endure for longer, yet would still retain their aesthetic value.

The Fall of Kongo Gumi

Despite Kongo Gumi’s centuries-long history, stable industry, strong leadership, and flexibility in times of crisis, nothing could protect this historic firm from Japan’s unfavorable business climate of 2006. The world’s oldest continuously operating family business finally came to an end.

Despite Kongo Gumi’s centuries-long history, stable industry, strong leadership, and flexibility in times of crisis, nothing could protect this historic firm from Japan’s unfavorable business climate of 2006.

“First, during the 1980s bubble economy in Japan, the company borrowed heavily to invest in real estate,” reports Bloomberg. “After the bubble burst in the 1992–93 recession, the assets secured by Kongo Gumi’s debt shrank in value. Second, social changes in Japan brought about declining contributions to temples. As a result, demand for Kongo Gumi’s temple-building services dropped sharply beginning in 1998.”

When an economic crisis hit Japan in 2006, Kongo Gumi could no longer sustain its debt and the 1,429-year-old company went into liquidation. In 2008, it was absorbed by Takamatsu Ltd. Kanji Ogawa, the new president of Takamatsu, told Financial Times: “There was some sentiment involved, it’s true. If the company had gone under, all that experience and all that wonderful history would have scattered to the winds and gone to waste.”

Kongo Gumi now operates as a wholly owned subsidiary of Takamatsu, and in honor of its long history, the name of the company has been preserved.