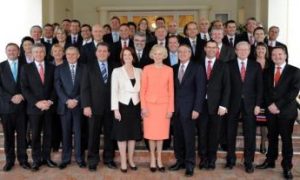 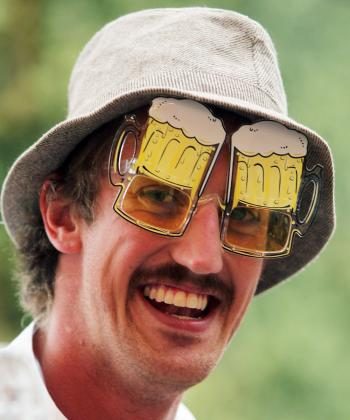 A visitor smiles as he wears beer glasses during the opening day of the Oktoberfest on Sept. 18 in Munich, Germany. 2010 marks the 200th anniversary of Oktoberfest. (Alexandra Beier/Getty Images)
International

Tara MacIsaac
Tara MacIsaac is an editor and reporter who has worked on a variety of topics over the course of her ten years with The Epoch Times, including science, the environment, and local New York news. She is currently working with The Epoch Times edition based in Southern California.
View profile
Follow
biggersmaller
Print
Lederhosen! Giant mugs of beer! Enormous pretzels! The Bavarian festival Oktoberfest has become a worldwide phenomenon and it’s that time of year again. Oktoberfest celebrations will take place in Munich and in around 3,000 other locations all over the world for two weeks, from Sept. 18 to Oct. 4.

Pre-festival festivities began on Saturday in Munich with the procession of beer-laden brewery drays.

But this culture-rich celebration isn’t only about beer. Floats displaying Bavarian customs and traditions, as well as costumed marchers representing different regions in Germany and surrounding European countries all accompanied the beer in this parade.

Oktoberfest started off as a modest royal wedding feast and horse race in 1810 to which all of Bavaria was invited. King Ludwig I married Princess Therese of Saxony-Hildburghausen, for whom the Theresienwiese (or Theresa’s Fields), now simply known as the "Wiesn," are named. The "Wiesn" has become the location for Munich's Oktoberfest ever since.

The beer for which the festival is famous has its own unique history as well. October was known as the "strong beer season" for 17th century monks, who brewed strong ales to serve as a source of nutrients during their Lent fasting.

Around 6 million people visit Munich each fall and enjoy the same strong brew.

The second largest Oktoberfest celebration takes place in a Canadian city once named Berlin, but now called Kitchener-Waterloo. The city’s site welcomes the "hundreds of thousands of visitors from across Canada and the United States" who are expected to attend the festivities.