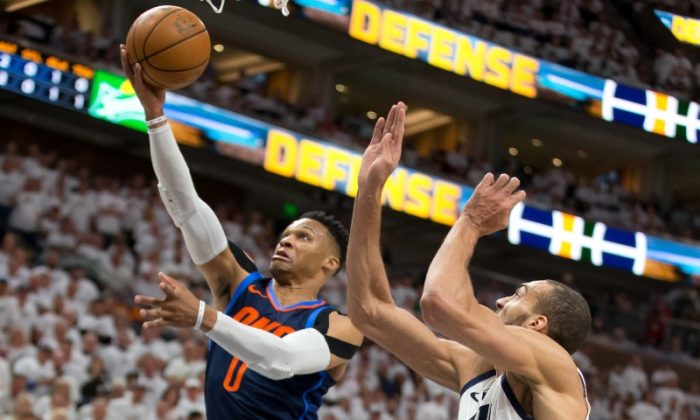 Oklahoma City Thunder guard Russell Westbrook (0) goes up for a shot against Utah Jazz center Rudy Gobert (27) during the first quarter of game four of the first round of the 2018 NBA Playoffs at Vivint Smart Home Arena. (Russ Isabella-USA TODAY Sports)
NBA

Oklahoma City’s Russell Westbrook has been fined $10,000 over a confrontation with Utah’s Rudy Gobert in Game Four of their playoff series but the Thunder point guard will not be suspended, the NBA announced on Tuesday.

Westbrook squared up to Gobert as he was waiting to check into the game on Monday. The NBA investigated whether Westbrook left the bench to pursue the altercation, which could have led to a suspension, but it decided only to hand out the fine as well as a post-game technical foul.