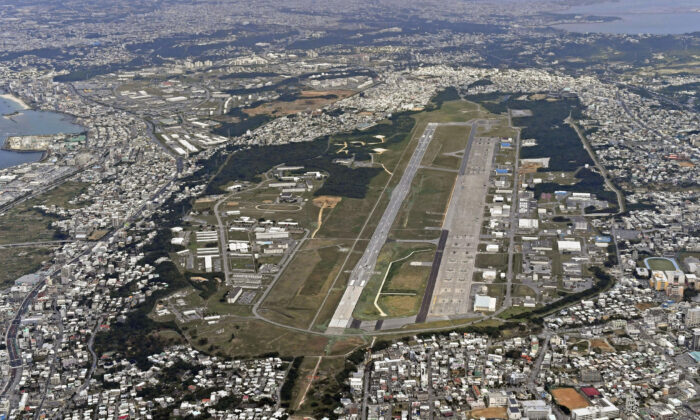 Okinawa: As Important as Ever

This is the 50th year since the United States relinquished its occupation and returned Okinawa to Japan. American forces have remained on Okinawa to this day, not without controversy.

This writer recently offered comments about Okinawa and its role in regional defense—and the island’s importance when military and political analysts and strategists look at the map of Northeast Asia.

From the U.S. perspective, has Okinawa‘s strategic importance changed in the past 50 years?

Okinawa is as important as it has ever been—and maybe more so. It has what real estate agents refer to as “location, location, location.” Indeed, the map tells you most of what you need to know about Okinawa’s strategic importance. It’s a very good location for basing and facilitating the movement of U.S. forces throughout the Western Pacific, over to the Korean Peninsula, down into Southeast Asia, and beyond.

Don’t forget the political significance of American forces “forward deployed.” This allows for rapid response to contingencies (for example, an attack or threatened attack) and serves as a “tripwire” in the event of Chinese or North Korean (or Russian) aggression. Having U.S. forces already in Okinawa avoids a paralyzing debate in Washington over whether or not to deploy forces overseas—should an incident happen. The forces are already deployed. An enemy is less likely to try for a “fait accompli.”

Okinawa and the U.S. forces (and Japanese forces) based there are also a sign of mutual commitment by both Japan and the United States to cooperate (in other words, fight together) in Japan’s defense and maintain stability in the broader Pacific region. And that includes Taiwan—only a few hundred miles from Okinawa—and that the Chinese regime fully intends to conquer.

All in all, U.S. forces in Okinawa are a deterrent to China, North Korea, and Russia. And by definition, they are an “assurance” to everyone else. And this influence ripples Indo-Pacific-wide, not just in the area right around Japan.

Often overlooked, Okinawa-based U.S. forces regularly respond to natural disasters in Japan, the broader Western Pacific, and over to the Indian subcontinent. Okinawa is a perfect “launching” pad, given its location. And there is a considerable political benefit that comes from effective U.S. disaster response efforts.

Have increased tensions in Asia and a potential fight over Taiwan affected Okinawa’s role in regional defense?

As noted, Okinawa is immensely important. For many years, there was a sense in Japan that Okinawa was only of use to the United States—and that Japan faced no dangers or enemies. Those days are long gone—and Japan mainly recognizes this.

The Chinese People’s Liberation Army (PLA) has undergone the biggest, fastest military buildup in the post-war era—if not in history. The Chinese are committed to subjugating Taiwan—by force, if necessary. And if Beijing makes its move, it will be necessary to either deter or defeat U.S. and Japanese forces in the process. That includes forces on Okinawa and the Ryukyu Islands.

The U.S. presence in Okinawa is essential from an operational perspective—in other words, conducting operations both before and after the shooting starts. This presence is also important from a political and psychological perspective. U.S. forces on Okinawa are a sign of resolve and a warning to China that if the PLA attacks Japan (and/or Taiwan), it will also have to deal with the United States.

Indeed, if the Americans were not on Okinawa, China would be sorely tempted to hammer Taiwan and Japan. A “win-win,” as the Chinese communists like to say. With the U.S. forces nearby, however, it is different.

Also, Okinawa is Japanese territory, and it is the “front line” as Japan defends itself from Chinese aggression. The Chinese regime has been very clear that it intends to “teach Japan a lesson” and to “take back” the Ryukyu Islands (Nansei Shoto) that Beijing claims as its own.

As the Japan Self Defense Force (JSDF) fortifies the Ryukyu Islands, Okinawa is a key hub, sitting in the middle of the island chain defense that keeps the Chinese military from moving on Japanese territory and breaking out into the Pacific Ocean.

It is not realistic. Tamaki needs to realize the region is dangerous. If he gets what he wants (or says he wants), he will have the Chinese running Okinawa instead of his fellow Japanese. If he wants to see how fun that will be, he should just look at Shanghai or Hong Kong—or Xinjiang.

The U.S. and/or JSDF presence is unlikely to be reduced beyond what is already planned as part of the Marine Corps’ move to Guam. Might the military presence actually increase? Only nominally, if that.

The more important thing is to have Japanese and U.S. forces on Okinawa and along the Ryukyu island chain, conducting a joint defense of the region—and to do so before the shooting starts. Indeed, do it right, and there will be no war—as the enemy will be dissuaded from attacking.

I expect to see increased JSDF and U.S. presence on the other Nansei Shoto islands besides Okinawa. And you’ll note that many locals on other islands are actually calling for more of a JSDF presence to protect them from the Chinese.

Tamaki’s complaints may be heartfelt—up to a point. But they ignore Japan’s larger defense interests. And they perhaps are partly intended to ensure the jaw-dropping amounts of money from Tokyo keep flowing into Okinawa.

How important is the relocation of the Marine Corps Futenma air base to Henoko in northern Okinawa for the U.S. strategy?

This writer doesn’t think it’s so important. In fact, the longer Futenma stays operational, the better. Futenma is a full-service military airfield that can handle just about every aircraft in the U.S. (and Japanese) inventories. That’s important when conducting military operations—in peacetime and wartime—and disaster relief operations.

Henoko is basically just a really big helicopter facility, though it can handle F-35B fighters that can take off vertically or with a short take-off run. Henoko does not replace the capabilities of Futenma. That’s important. Moving from Futenma to Henoko actually reduces U.S. military capabilities. So the longer Futenma operates, the better.

As for the local political friction caused by Futenma’s existence, the Japanese central government has never done what is necessary to deal with it. Instead, it has used the Americans as a “cushion” and blamed the United States for whatever problems some noisy Okinawans—some of whom are reportedly backed by Chinese money—complain about.

Unfortunately, Futenma has absorbed so much attention from “alliance managers” over the decades. Instead, the United States and Japanese should have devoted the effort to improving JSDF capabilities and also the ability of U.S. and Japanese forces to operate together. There are still huge deficiencies to be corrected.

Does anybody expect the Henoko base ever to come online, or is Washington already planning without it?

This writer thinks Henoko will be completed someday (within the next 20 years), and Washington probably thinks so. But until then, the U.S. military is doing its best to operate with existing resources and facilities.

The Futenma-Henoko issue has been handled very poorly from the beginning by both U.S. and Japanese officials—civilian and military. This was a complete lack of imagination, clear thinking, and backbone. An absolute embarrassment. There were better alternatives from an operational, political, and even the construction standpoint.