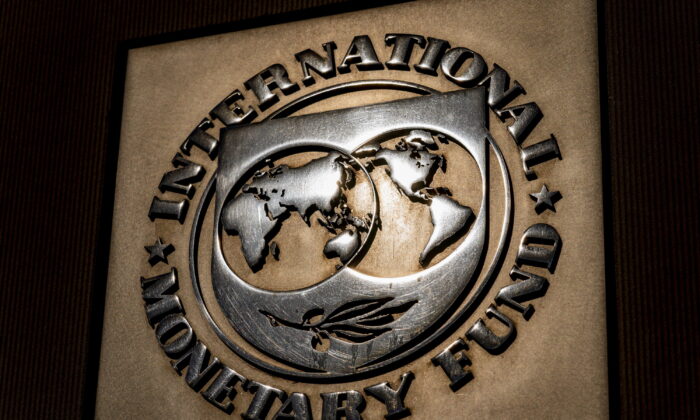 FILE - The logo of the International Monetary Fund is visible on their building, April 5, 2021, in Washington. The International Monetary Fund downgraded the outlook for the world economy this year and next, blaming the Ukraine war for disrupting global commerce, pushing up oil prices, threatening food supplies and increasing uncertainty already heightened by COVID-19 and its variants.(AP Photo/Andrew Harnik)
Commodities

Oil prices were trading range-bound on Wednesday after the International Monetary Fund (IMF) scaled down its global growth projections for 2022. Prices fluctuated as it received support from concerns about tighter supplies.

The United States is predicted to grow by 3.7 percent this year, down from last year’s 5.7 percent. For China, growth is estimated to be at 4.4 percent compared to 8.1 percent in 2021. This year’s Euro Area growth is pegged at 2.8 percent, down from 5.3 percent in the previous year.

The organization specifically blamed the Russia–Ukraine war for “severely” setting back economic prospects around the world. “Beyond its immediate and tragic humanitarian impact, the war will slow economic growth and increase inflation. Overall economic risks have risen sharply, and policy tradeoffs have become even more challenging,” an April 19 IMF blog post said.

“The war adds to the series of supply shocks that have struck the global economy in recent years. Like seismic waves, its effects will propagate far and wide—through commodity markets, trade, and financial linkages.”

Both Russia and Ukraine are projected to witness “steep contractions” in their economies, the IMF said. Moscow’s economy is estimated to contract by 8.5 percent this year and by 2.3 percent in the next. It had grown 4.7 percent in 2021.

Upward pressure on oil prices came from worries that the loss of oil from Russian sanctions might not be fully met, thereby creating a supply crunch. OPEC and allies produced 1.45 million barrels per day of oil in March, falling below its production target for the month.

Oil producer Libya is said to have shut down 550,000 bpd worth of output, adding to the supply woes.

The International Energy Agency (IEA) has scaled down its oil demand projections. “Severe new lockdown measures amid surging Covid cases in China have led to a downward revision in our expectations for global oil demand in 2Q22 and for the year as a whole. Weaker-than-expected demand in OECD countries at the start of the year added to the decline,” the agency said in the report.

IEA reduced its estimate for global oil demand by 260,000 bpd for the year. It also warned that Russian oil supply would fall by 1.5 million bpd this month and by three million bpd in May.