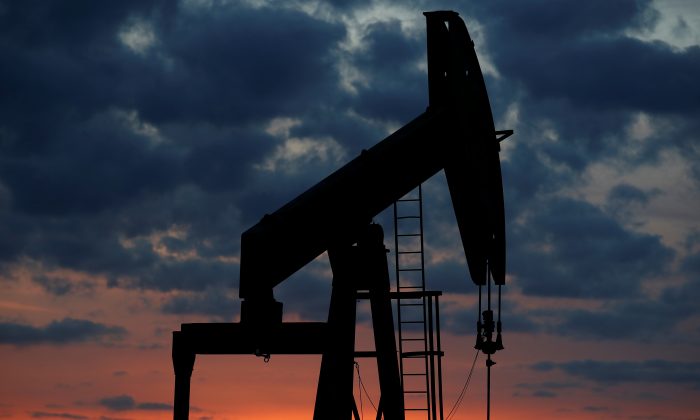 LONDON—Oil steadied on Monday, paring early losses after Israeli Prime Minister Benjamin Netanyahu said he would make an announcement later in the day about the nuclear deal with Iran.

Brent prices have gained around 6 percent this month, buoyed by expectations the United States will renew sanctions against Iran, which is the third-largest producer within OPEC.

U.S. President Donald Trump has until May 12 to decide whether to restore the sanctions on Iran that were lifted after an agreement over its disputed nuclear programme.

Netanyahu will make a televised announcement at 1700 GMT in what his office said would be a “significant development” regarding the nuclear agreement with Iran.

Israel has long opposed the agreement. Washington’s major European allies have urged the Trump administration not to abandon it and argue that Iran is abiding by its terms.

The price of oil has risen to its highest since late 2014 this month, driven by concern over the potential for disruption to Iranian crude flows, but analysts say the degree of uncertainty hanging over the deal means the market is extremely sensitive to any developments.

“Until May 12, you’re not going to see any significant downward correction,” PVM Oil Associates strategist Tamas Varga said. “Reimposing U.s. sanctions is not a foregone conclusion just yet.”

Fresh sanctions on Iran could result in a reduction of the country’s oil exports, which would strain global supplies even more, especially given the discipline of the Organization of the Petroleum Exporting Countries (OPEC) and their partners in sticking to an agreement to limit output.

“Things are not quite the same as in the previous decade, when Iran was regarded as a menace and a threat. Over the last three-four years Iran has behaved itself – according to everybody,” said Sukrit Vijayakar, director of energy consultancy Trifecta.

Crude production in the United States has grown by more than 25 percent since mid-2016 to a record 10.59 million barrels per day (bpd). Only Russia currently produces more, at around 11 million bpd.