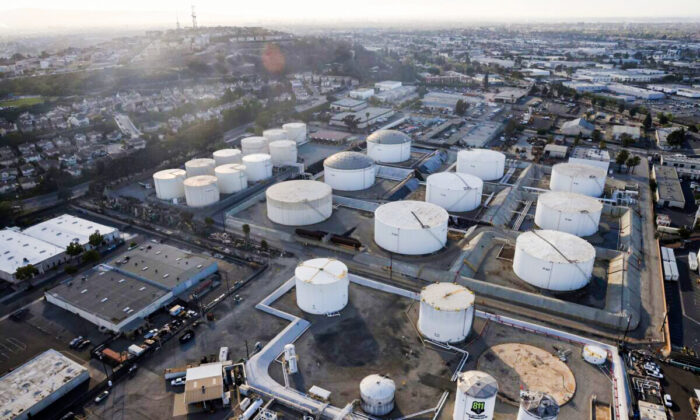 U.S. West Texas Intermediate (WTI) crude fell 15 cents, or 0.1 percent, to $108.28 a barrel, from Friday’s close. There was no settlement for WTI on Monday because of the Independence Day public holiday in the United States.

“Oil is still struggling to break out from its current recessionary malaise as the market pivots away from inflation to economic despair,” Stephen Innes of SPI Asset Management said in a note.

Investors are becoming more concerned as the latest surge in gas and fuel prices added to worries about a recession.

In South Korea, inflation in June hit a near 24-year high, adding to concerns of slowing economic growth and oil demand.

Data showed business growth across the eurozone slowed further last month, with forward looking indicators suggesting the region could slip into decline this quarter as the cost of living crisis keeps consumers wary.

However, supply concerns still loomed. Earlier in the session, WTI rose more than $3 and Brent more than $1 on reports of output disruption in Norway.

The strike is expected to reduce oil and gas output by 89,000 barrels of oil equivalent per day (boepd), of which gas output makes up 27,500 boepd, Norwegian producer Equinor has said.

“Oil prices are … benefiting from the strike in Norway, so far impacting only modest volumes, and the sharp increase in Saudi official selling prices for August, suggesting that Saudi exports might not increase that much next month,” UBS analyst Giovanni Staunovo said.

“We suspect corrections in the energy market during the second quarter may end up being short-lived, with the risk of a prolonged period of high prices the most likely outcome,” said Ole Hansen, head of commodity strategy at Saxo Bank, adding prices would trade within a wide range of $100 to $125.