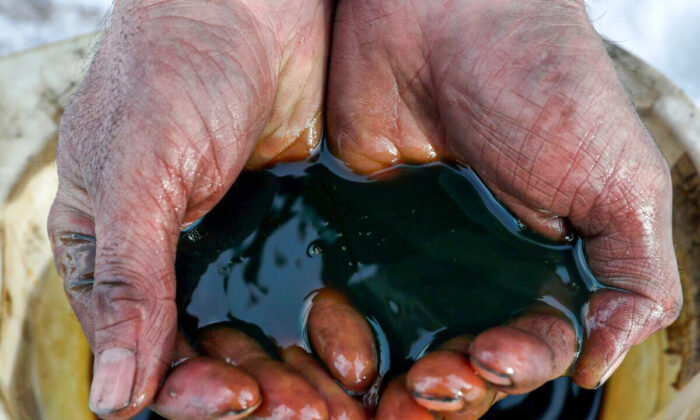 LONDON—Oil prices fell on Thursday, hovering around two-month lows as the level of a proposed G7 cap on the price of Russian oil raised doubts about how much it would limit supply.

Both benchmarks plunged more than 3 percent on Wednesday.

The G7 group of nations is looking at a cap on Russian seaborne oil at $65-$70 a barrel, a European official said, though European Union governments have yet to agree on a price.

A higher price cap could make it attractive for Russia to continue to sell its oil, reducing the risk of a supply shortage in global oil markets.

The Kremlin on Thursday said Russia does not plan to supply oil and gas to countries that support the cap but it will make a final decision once it analyses the figures.

EU governments will resume talks on the price cap on Thursday or Friday, EU diplomats said.

China on Wednesday reported the highest number of daily COVID-19 cases since the start of the pandemic nearly three years ago. Local authorities tightened controls to stamp out the outbreaks, adding to investor concern over the economy and fuel demand.