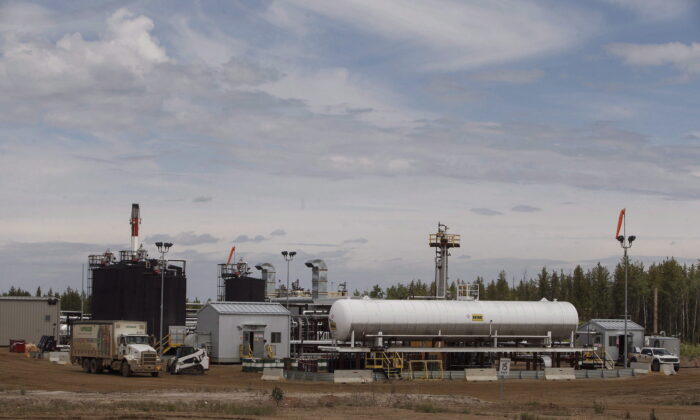 After weathering a brutal 2020, a banner 2021 showed how the resilient Canadian oil and gas sector can flourish. But 2021 also brought obstacles that, going forward into 2022 and beyond, could become more entrenched compared with 2020’s problems of oversupply and lack of demand.

“Amid less third-party investment, capital discipline and operational excellence will remain a high priority for all oil and gas companies,” said Mitch Fane, Ernst & Young Americas energy and resources leader and U.S. oil and gas leader, in his 2022 outlook published on Dec. 27.

Pointing to banks and other lenders who are closely reviewing their loan portfolios for how carbon-intensive they are, Fane says that in this capital-intensive industry, access to financing and judicious capital spending are vital to success.

In one instance of this trend, Laurentian Bank announced on Dec. 10 that it would halt direct financing for oil and gas or coal exploration, production, and development. Laurentian said it aims to differentiate itself from other Canadian banks and attract more green clients.

Also, Ottawa said it would phase out any subsidies meant for the exploration and production of fossil fuels by 2023.

“The game has changed significantly for the sector,” said Martin Pelletier, managing director at Wellington-Altus Private Counsel, in an interview with BNN Bloomberg on Dec. 23.

Companies are not going to be rewarded for increasing production, so they’re paying down debt, buying back their stock, and raising dividends, he added.

Fane said the next few years for the industry will be defined by the “push and pull” between the reluctance of lenders to invest in oil and gas and the “dissonance among government, consumer, and investor perceptions about the speed with which oil and gas should or can be replaced.”

This scenario bodes well for oil prices, as 2021 showed, given the expected ongoing underinvestment in the industry amid the growing ESG (environmental, social, and governance) trend and pressure to achieve a lower-carbon future faster.

Fane sees companies taking three different approaches regarding ESG—they either try to excel at it to make it a competitive advantage, act out of a sense of inevitability, or wait for it to become a requirement and carry on as usual.

Even with a big bull’s-eye on its back, the energy component of the Toronto Stock Exchange (TSX) is on pace to return well over three times that of the overall index in 2021. While the TSX’s year-to-date return as of Dec. 29 was 22.4 percent, the capped energy sector’s return was 80.7 percent.

Global oil demand roared back in 2021, prices surged, and companies were in an unusual situation of having to figure out how to deal with a ton of excess cash flow from operations. Efforts to curb fossil fuel consumption to mitigate climate change did not impact the reality that the world needs energy that renewable sources are not able to provide.

It’s been a good year to be invested in the energy sector.

“Companies are going to have to get more creative in terms of how they give that cash back to shareholders.”

As many companies double their dividends, they also intend to achieve zero net debt in 2022, Ollenberger added.

Reuters reported on Dec. 23 that crude consumption is expected to increase in 2022, according to the International Energy Agency. The amount expected to be consumed would be nearly the same as 2019’s consumption of 99.55 million barrels per day.

“Renewable penetration and electric vehicle adoption are growing, but the impact on oil and gas demand remains imperceptible,” Fane said.

At the end of 2020, the oil and gas sector was still reeling from a price war between the Saudis and the Russians. In March 2020, Alberta premier Jason Kenney called what his province—which is heavily dependent on energy—was going through a “triple whammy” consisting of the pandemic’s onset, an already fragile provincial economy, and an oil price crash resulting from oversupply.

Another hit in early 2021 came when U.S. President Joe Biden revoked the permit for the Keystone XL pipeline as soon as he took office, but other pipelines like the Trans Mountain Expansion and Coastal GasLink are moving forward.

The industry has been able to roll with the punches and put itself in a position to thrive in a changing paradigm from 2020 to 2021.

Key to the success of the oilsands has been the prudent management of supply by the Organization of the Petroleum Exporting Countries (OPEC) and its allies, including Russia. Known as OPEC+, the alliance of oil-producing nations consisting of 13 OPEC and 10 non-OPEC countries will meet on Jan. 4, 2022, to decide whether or not to proceed with a 400,000-barrels-per-day production increase in February, according to a Dec. 24 Reuters report.

Ollenberger said he’s in the camp of those who can see the possibility of the price of oil hitting US$100 in 2023.

But first, he is expecting softness in oil prices to begin in 2022 due to Omicron; however, in the second half of the year and in subsequent years, he expects stronger prices.