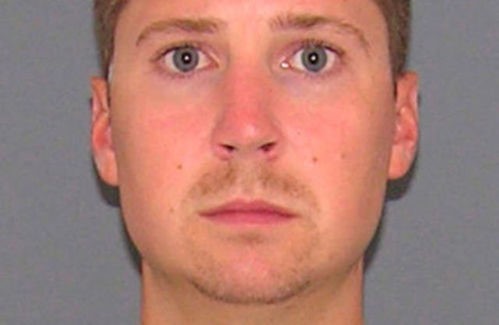 CINCINNATI—A former University of Cincinnati police officer on trial for the second time in the killing of an unarmed black motorist is expected to say on Friday that he feared for his life during the traffic stop.

Officer Ray Tensing, 27, shot once, hitting 43-year-old Samuel DuBose in the head after stopping him for a missing front license plate on his car in July 2015, a body camera that was worn by the office showed.

Tensing, who is white, was charged with murder and voluntary manslaughter in a retrial of the case. A mistrial was declared last November in the first trial after jurors could not agree on a verdict.

DuBose’s death added to the intense debate in the United States over the use of excessive force by police, especially against minorities.

Tensing, who is expected to testify on Friday in the Hamilton County Courthouse in Cincinnati, has pleaded not guilty and is free on a $1 million bond.

The university police fired Tensing after he was charged.

Tensing’s attorney, Stew Mathews, explained in opening arguments on June 8 that his client did not anticipate DuBose was going to drive off with Tensing’s arm caught in the car. Tensing was afraid he would be dragged and possibly killed.

“This all happened so quickly that instinctively Ray Tensing did the only thing he could do to save his own life,” Mathews told the court. He said Tensing is not a racist and if DuBose had cooperated during the stop he would not be dead.

During the traffic stop, Tensing asked DuBose to remove his seat belt and tried to open the car door. DuBose did not comply and closed the door. The vehicle started slowly rolling forward with Tensing’s arm pinned against the steering wheel, according to his lawyer. Tensing pulled his gun and fired once.

Hamilton County Chief Assistant Prosecutor Stacey DeGraffenreid said in opening remarks that Tensing ignored his training when he reached into the car and was never in any danger, calling what occurred “clearly a murder.”