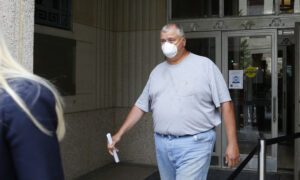 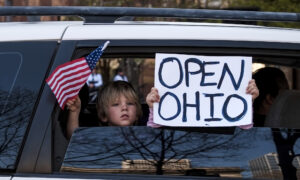 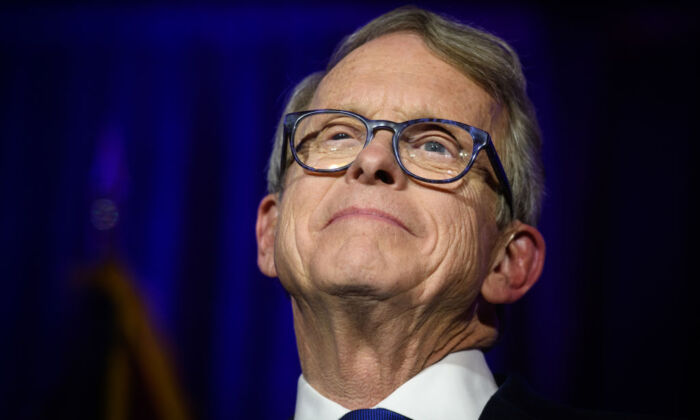 Ohio Gov. Mike DeWine tested positive for COVID-19 but is showing no symptoms, he announced Thursday.

The Republican had been scheduled to greet President Donald Trump at an airport in Cleveland.

As part of standard protocol—everyone who is scheduled to come into contact with the president is tested for COVID-19—DeWine was tested, and the results came back positive.

DeWine, 73, is showing no symptoms but is returning to Columbus where he and his wife, Fran DeWine, will be tested.

The governor plans on isolating for 14 days, which some health officials recommend after testing positive.

“As part of the standard protocol to greet President Trump on the tarmac in Cleveland, I took a COVID test. I tested positive. I have no symptoms at this time. I’m following protocol and will quarantine at home for the next 14 days,” DeWine said in a statement.

Lt. Governor Jon Husted also took a test on Thursday as part of the protocol to greet the president. Husted tested negative.

Trump touched down in Cleveland at approximately 1:20 p.m. before going on delivering remarks on economic prosperity. His schedule had him touring the Whirlpool Corporation in Sandusky County later Thursday.

“A very good friend of mine just tested positive … we want to wish him the best. He’ll be fine,” Trump said during comments made from a podium in front of Marine One of DeWine’s testing positive for COVID-19.

DeWine appears to be the second governor in the nation to have a confirmed case of the new disease. Oklahoma Republican Gov. Kevin Stitt tested positive last month.

Stitt, 47, said he sought out a test after feeling fatigued.

The governor said he didn’t have other symptoms, such as fever, but would follow Centers for Disease Control and Prevention guidelines on quarantining.

Symptoms of COVID-19 include chills, shortness of breath, fatigue, and loss of taste or smell.

Health officials believe the CCP virus spreads mainly from person to person between people who are in close contact, or within about six feet, and through respiratory droplets produced when an infected person coughs, sneezes, or talks.

The droplets can land in the mouths or noses of people nearby.

Some studies suggest infected people without symptoms can still spread the virus.

A significant percentage of patients show no or few symptoms, according to health officials. The virus primarily causes severe illness in the elderly or those with compromised immune systems.

A small percentage—under 1 percent—of patients die from the disease or complications linked to the disease.

The vast majority of patients recover with no treatment, symptom treatment, or hospital care.