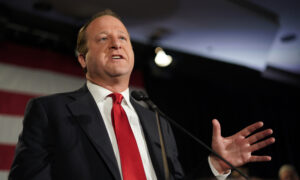 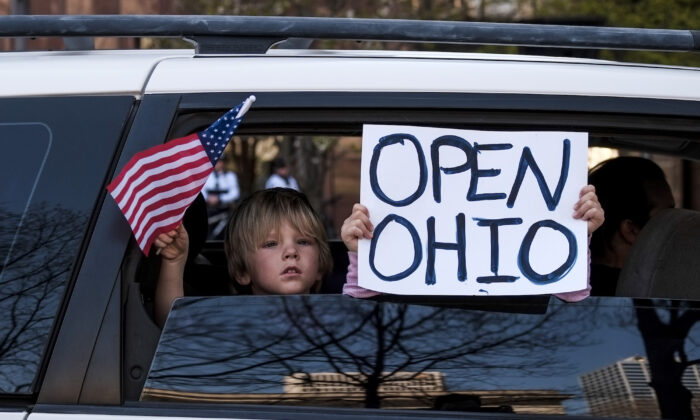 Protesters gather at the Ohio Statehouse to protest the stay-at-home order in Columbus, Ohio, on April 20, 2020. (Matthew Hatcher/Getty Images)
US News

A new order from Ohio Gov. Mike DeWine requires all students in kindergarten through high school to wear masks when they return to in-person classes this fall.

The mask mandate, which applies to all public, private, and charter schools in the state, is expected to affect around 1.7 million students. A few exceptions to the order include those who are unable to remove masks without assistance, and those with medical or psychological conditions that would be aggravated by wearing a mask, such as severe autism.

“Frankly this gives us the best shot to keep Ohio’s kids and educators safe and physically in school,” DeWine said Tuesday during a press briefing, adding that the decision was made based on a letter from the Ohio Children’s Hospital Association and Ohio chapter of the American Academy of Pediatrics, in which the health experts recommended face covering for school-age children.

DeWine said his state is working with the Federal Emergency Management Agency to deliver 2 million masks to regional education service centers, which will distribute them to individual schools.

The Ohio government has issued a statewide mask mandate last week, requiring people to wear masks in indoor public places, in outdoor places where physical distancing isn’t possible, and on public transportation. Exceptions to the order include those under the age of 10, those with medical problems that restrict breathing, law enforcement personnel, speakers at religious services, and people actively exercising, eating, or drinking.