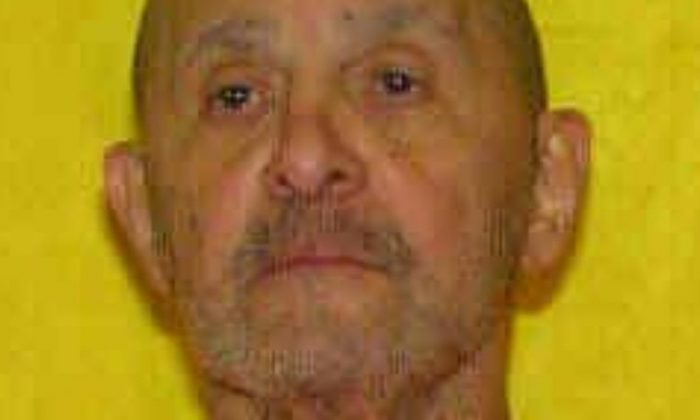 Death row inmate Alva Campbell Jr., who faked paralysis to escape from custody and commit murder is due to be put to death on Wednesday despite that his argument that he is too sick, is shown in this undated booking photo provided November 14, 2017. (Courtesy Ohio Department of Rehabilitation and Correction/Handout via REUTERS)
US News

Ohio Calls Off Another Execution After Struggling to Find Vein

The Ohio government delayed the planned execution of a 69-year-old convicted murderer on Wednesday after officials were unable to find a suitable vein in the inmate, who is sick with cancer and other diseases, the Columbus Dispatch newspaper reported.

Alva Campbell Jr., who also suffers from lung disease, asthma and heart problems and uses a walker and colostomy bag, had argued through his lawyer that he was too sick for a lethal injection, but lost a bid to be killed by a firing squad instead.

It was the fifth “botched” execution in Ohio in recent years and the second time an attempted execution was abandoned, according to the American Civil Liberties Union of Ohio. The advocacy group called for an immediate moratorium on executions in the state.

“This is not justice, and this is not humane,” Mike Brickner, the group’s policy director, said in a statement. “Campbell was poked and prodded for nearly two hours as prison officials and medical personnel attempted to find a useable vein.”

On Tuesday, the U.S. Supreme Court had rejected a final appeal by Campbell to stop the execution at the Southern Ohio Correctional Facility in Lucasville. David Stebbins, Campbell’s lawyer, had argued that Campbell’s medical conditions could make it hard to find suitable veins to inject.

“The execution was halted,” Stebbins wrote in an email on Wednesday. “I have no further information.” The state’s Department of Rehabilitation and Correction did not immediately respond to questions.

Republican Ohio Governor John Kasich had earlier rejected clemency for Campbell, who has said he was beaten and abused as a child.

Gary Mohr, director of the Ohio Department of Rehabilitation and Correction, told reporters that Kasich would have to decide when to reschedule the execution, the Dispatch reported. There was no immediate response from Kasich’s office.

Campbell served 20 years of a life sentence for killing a man in Cleveland before being released by a parole board in 1992. Five years after his release, he was arrested and jailed for robbery in Columbus, Ohio, and was awaiting a court date when he faked paralysis, according to court documents.

The distance @ohgov is keeping between media and protestors in Lucasville during execution of Alva Campbell. pic.twitter.com/1tQVoEz9rP

As a deputy was transporting Campbell in a wheelchair to the courthouse, he suddenly beat the deputy, stole her pistol and fled, according to court records. He then car-jacked and fatally shot 18-year-old Charles Dials. Campbell was convicted in 1997 on robbery and murder charges.

Campbell had been the latest inmate to challenge Ohio’s lethal injection methods. In September, Ohio put to death a double murderer, Gary Otte, in its second execution after a three-year hiatus because of legal challenges and difficulties obtaining lethal injection drugs.

Otte was put to death after he lost an appeal challenging the use of midazolam as a sedative in that protocol. Several U.S. states, including Oklahoma and Arizona, have used midazolam in executions in which witnesses said inmates appeared to twist in pain.

Twenty-four more inmates after Campbell are slated for execution in Ohio through 2022.