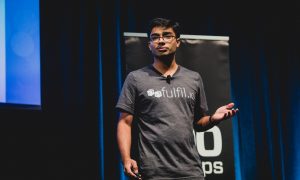 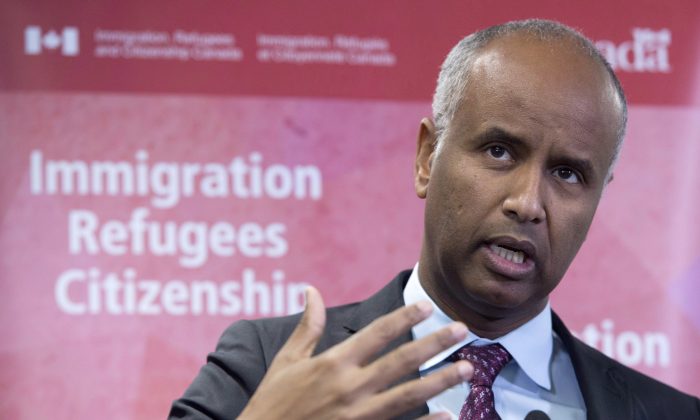 Minister of Immigration Ahmed Hussen makes an announcement in Toronto on Jan. 14, 2019. The OECD says Canada’s immigration programs are moving the needle in attracting talented foreigners. The country has for decades managed labour migration to achieve the highest share of well-educated foreign-born people among OECD nations. (The Canadian Press/Frank Gunn)
Economies

Canada’s push to attract highly skilled immigrants is meeting with success, according to feedback from the MaRS Discovery District innovation hub and the OECD. In the global race for talent, Canada is emerging as a model for other nations.

Of note is Canada’s “Express Entry” (EE) program, introduced in 2015 under Stephen Harper’s Conservative government and since tweaked by the Liberals, which ranks potential immigrants for things like language proficiency, age, and relatives living in Canada. Most of these immigrants are admitted without a job offer, which differs from the majority of other OECD countries.

“Canada also has the most carefully designed and longest-standing skilled migration system in the OECD. It is widely perceived as a benchmark for other countries, and its success is evidenced by good integration outcomes,” according to the OECD report “Recruiting Immigrant Workers,” published on Aug. 13.

U.S. President Donald Trump has also praised Canada’s “merit-based” system as a good model to follow, so that “we [the United States] have people coming in that have a good track record,” he told reporters in January 2018.

“So far, the experience with the EE program has been positive and it has helped employers [startups] retain highly skilled talent,” said Sunil Macwan, who manages the Global Talent Program at MaRS Discovery District in Toronto.

Macwan provides information and advisory support to startups. He works with hiring teams and speaks with temporary foreign workers in person. MaRS houses a number of startups and is a referral partner for the government’s Global Skills Strategy and Global Talent Stream.

“Compared to all the other PR [permanent resident] programs, EE is the best and the fastest route available,” Macwan said. Under EE, candidates for selection are pooled and the highest-ranking ones are invited to apply for permanent residency.

But there is room for improvement with EE, as the OECD says that entry criteria to the pool are not well aligned with the final selection criteria.

“Providing for a single entry grid based on the core criteria for ultimate selection would simplify the system and ensure common standards,” said the OECD.

The OECD also recommends making it easier for immigrants to obtain Canadian equivalents to their foreign credentials. Often, advanced degrees obtained in foreign universities are not recognized in Canada, resulting in sometimes lengthy re-education and training while the candidate works in lower-skill-level jobs.

In addition, the OECD suggests encouraging the retention of talent outside the major centres of Toronto and Vancouver by giving the provinces the ability to create their own temporary foreign workers program to suit their specific needs. For tradespeople, for example, the current immigration schemes only consider a few occupations and do not necessarily address where there are shortages of workers.

“Since 2017, our Global Skills Strategy has attracted more than 40,000 highly skilled individuals to fill critical positions, helping 1,100 Canadian companies grow and create 60,000 new jobs in the process,” said Immigration Minister Ahmed Hussen in an Aug. 13 press release.  He added that the government has cut wait times from seven months to as little as 10 days.

For MaRS, the top regions that immigrants have come from via the government’s programs are Brazil, India, Eastern Europe, the United States, and Nigeria.

Canadian business faces its share of challenges from regulation and taxation, but the country has a very capable and well-educated workforce that is being boosted by tried-and-tested immigration policies.