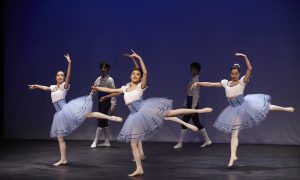 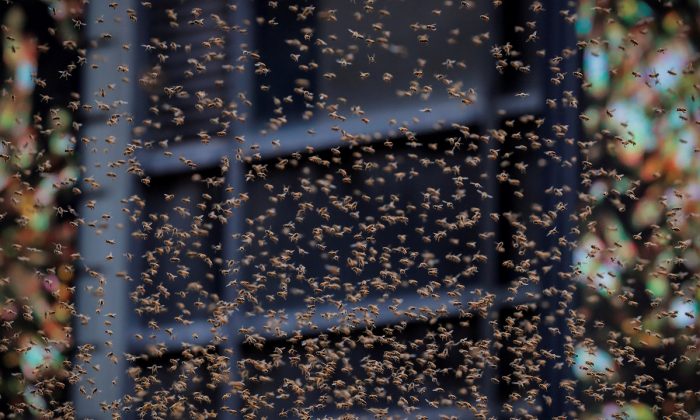 Odd US Stories Reported in 2018

NEW YORK—A hive of honeybees in the heart of New York City, a monkey with a photographer’s eye, and a couple reunited with a lost engagement ring were among the incidents featured in some of the odd stories of 2018.

One of the most inexplicable animal stories of the year unfolded on a hot August afternoon, when a menacing horde of honeybees descended on a hot dog vendor’s umbrella, bringing Times Square to a standstill and drawing swarms of gawking tourists.

After a brief flurry of excitement, the buzzing interlopers were apprehended by a police officer armed with a vacuum cleaner-like device that sucked them up. The bees were then whisked away to safety.

Clearly, bees do not enjoy the right of free assembly in New York City.

In April, a California court ruled that the animal kingdom does not have much in the way of property rights, either, in a case involving a Celebes crested macaque who took a selfie using a nature photographer’s camera.

The court rejected a lawsuit filed on the monkey’s behalf by People for the Ethical Treatment of Animals, which argued the primate was the legal owner of all photos he took. In a decision that likely left the plaintiffs crestfallen, the court ruled that monkeys cannot sue for copyright protection.

Animal antics and weird human behavior met up in New Hampshire in January, when a man bit a police dog whose team was investigating a reported shooting. Authorities were attempting to arrest the man on an outstanding warrant when he bit a state police dog, who bit back and then watched while the man was Tasered.

In July, in a tourist section of Miami Beach, Florida, a homeless man with no arms was charged with stabbing a Chicago man with a pair of scissors, using his feet. The assailant claimed self-defense, but the victim said he was only asking for directions when he was attacked.

In December, four months after a swarm of bees descended on Times Square, a British couple visited the famed Manhattan crossroads where the man had asked his beloved for her hand in marriage. The woman, who had promptly answered “Yes!” to the marriage proposal, gasped “No!” as her engagement ring tumbled down a subway grate.

After contacting New York police, who searched unsuccessfully for the ring, the devastated couple returned to Britain without leaving their names with the officers. Days later, police managed to locate the ring in the bowels of Manhattan and then—putting Twitter to the test—were able to track the unnamed lovebirds across an ocean and reunite them with the ring.

By Barbara Goldberg. From Reuters.