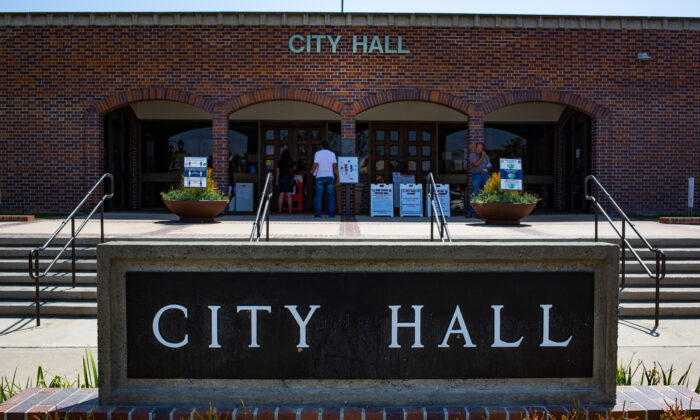 Kimberly Edds, the public information officer for the District Attorney’s Office, told the Epoch Times that investigators were dispatched to the scene shortly after they were alerted of the problem.

“It appears people were asking for assistance with voting, which happens all the time,” Spitzer said.

“Anybody can help with a ballot, but once someone helps then they become the custodian of the ballot under ballot harvesting. … So it appears as if [they] had assistance of [others] with voting in conjunction with collection of ballots.”

One source said it appears the office was made to appear to be an official vote center.

“I don’t know why people showed up there,” Spitzer said. “That’s under investigation.”

Investigators interviewed people at the business and have “taken possession of some documentation and evidence if you will,” Spitzer said.

Orange County Registrar of Voters Neal Kelley said “there’s an active investigation, but I’m not sure where it’s going, but we’re working closely with the District Attorney’s Office.”

The issue of ballot harvesting, which is collecting ballots for another person and delivering them to a vote center for them, erupted last month when a supporter of Orange County Board of Supervisors Chairwoman Michelle Steel, who is running for a seat in the U.S. House of Representatives against Rep. Harley Rouda (D-Newport Beach), was seen on social media beside an unofficial drop box that had a sign advertising it as an official ballot collection box.

Drew Van Voorhis of The Epoch Times contributed to this report.