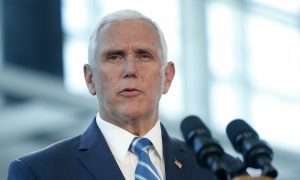 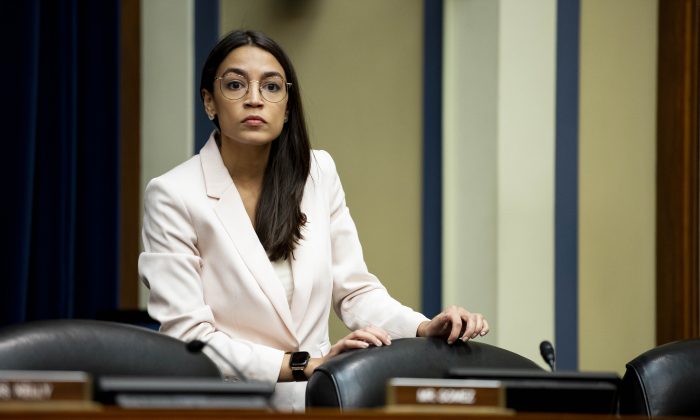 An appeals court ruling has spurred multiple lawsuits against Rep. Alexandria Ocasio-Cortez (D-N.Y.) from individuals who say the lawmaker blocked their accounts on Twitter.

One of the plaintiffs, Republican congressional candidate Joseph Saladino, is seeking “injunctive relief from the court” so that he could be unblocked by the congresswoman’s official account.

“I have officially filed my lawsuit against AOC for blocking me on twitter,” Saladino said in a July 9 Twitter post. “Trump is not allowed to block people, will the standards apply equally? Stay tuned to find out!”

I have officially filed my lawsuit against AOC for blocking me on twitter.
Trump is not allowed to block people, will the standards apply equally?
Stay tuned to find out! pic.twitter.com/0RmHI7x9Qc

Here is screenshot for reference pic.twitter.com/ygb1QyH5Ht

The 2nd Circuit Court of Appeals ruled on July 9 that President Donald Trump violated the First Amendment when he blocked users from viewing and commenting on his Twitter messages.

The court determined that the president’s Twitter account is an official rather than a personal account, making his use of Twitter’s blocking feature akin to a government official excluding people he or she doesn’t agree with from a public forum.

The original court ruling references several instances in which members of the administration described Trump’s use of the account as official, including a June 2017 statement by former White House press secretary Sean Spicer saying the president’s Twitter messages should be considered as “official statements by the President of the United States.”

As Ocasio-Cortez is also a public official, the recent court ruling would similarly apply. Her office did not immediately respond to a request for comment.

In a separate lawsuit filed by Dov Hikind—the founder of Americans Against Anti-Semitism—the plaintiff described how he criticized the congresswoman on multiple occasions before he got blocked. Her Twitter handle is @AOC.

“In an effort to suppress contrary views, Defendant has excluded Twitter users who have criticized AOC and her positions as a Congresswoman via “blocking,” the lawsuit states. “This practice is unconstitutional and must end.”

Hikind’s lawsuit also mentioned other people on Twitter who had been blocked by the congresswoman after they criticized her. On-air personality Elizabeth Wheeler, Jewish journalist Harry Cherry, Daily Wire reporter Ryan Saavedra, and political group “Students for Trump”—have all been blocked by Ocasio-Cortez, according to the lawsuit.

Trump’s attorneys had argued that his Twitter account is a personal one. The court wasn’t convinced, writing in the opinion that the account’s landing page bears “all the trappings of an official state‐run account.”

“We are disappointed with the court’s decision and are exploring possible next steps,” said Kelly Laco, a spokeswoman for the Department of Justice.

The Knight First Amendment Institute at Columbia University and seven users blocked by Trump challenged the president’s use of the blocking feature in court.

The appellate court decision upheld a ruling made by District Judge Naomi Reice Buchwald in Manhattan in May 2018, which prompted Trump to unblock some accounts. The Justice Department called Reice Buchwald’s ruling “fundamentally misconceived,” arguing that Trump used Twitter to express his views, not to offer a public forum for discussion.