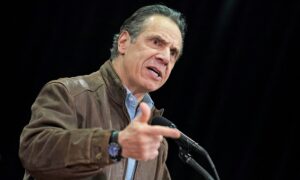 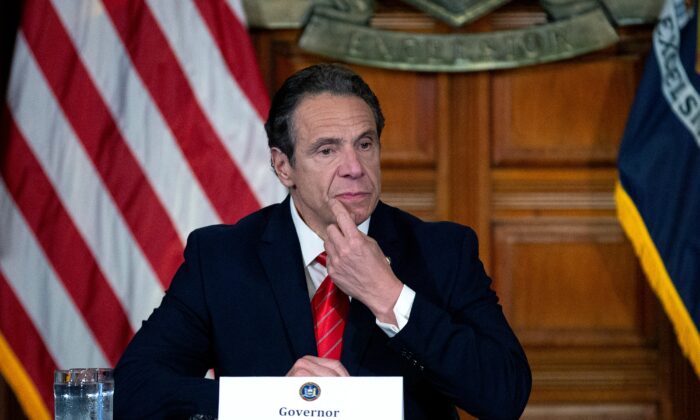 Several top New York Democrats have joined the chorus of lawmakers calling for Gov. Andrew Cuomo to resign in the wake of allegations that he sexually harassed several women amid reports that his administration covered up nursing home COVID-19 deaths.

“This week, the second sexual assault allegation and the sixth harassment allegation was leveled against Governor Cuomo. The fact that this latest report was so recent is alarming, and it raises concerns about the present safety and well-being of the administration’s staff. These allegations have all been consistent and highly-detailed, and there are also credible media reports substantiating their accounts,” Ocasio-Cortez and Bowman said in a statement.

They added: “Unfortunately, the Governor is not only facing the accusation that he engaged in a pattern of sexual harassment and assault. There is also the extensive report from the Attorney General that found the Cuomo administration hid data on COVID-19 nursing home deaths from both the public and the state legislature.”

As a result of these allegations, they said that Cuomo, a Democrat, “can no longer effectively lead in the face of so many challenges.”

Nadler, the head of the powerful House Judiciary Committee, called the accusations against Cuomo “serious” and “credible.”

Maloney, who is the head of the House Oversight Committee, said she is joining New York state legislators in calling on Cuomo to resign and “[supports] those who spoke out about their stories” against the governor.

In previous media appearances, Cuomo told reporters that he will not resign from office and denied he did anything inappropriate.

“I was elected by the people of the state. I wasn’t elected by politicians. I’m not going to resign because of allegations,” he stated.

Cuomo, however, acknowledged interacting with aides in his office in a way that “may have been insensitive or too personal.”

A lawyer for the governor said Thursday that the state had reported an allegation from a sixth woman the Albany Police Department after the woman involved declined to do so herself.

“In this case, the person is represented by counsel and when counsel confirmed the client did not want to make a report, the state notified the police department and gave them the attorney’s information,” said Beth Garvey, the governor’s acting counsel, according to The Associated Press.