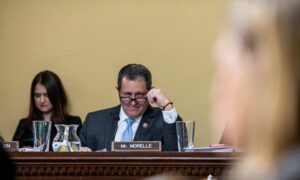 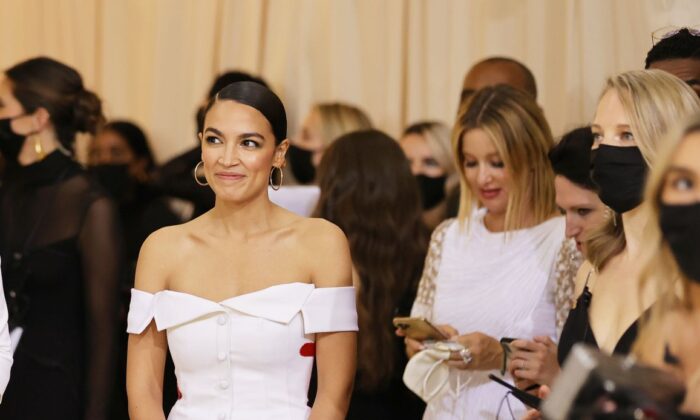 Rep. Alexandria Ocasio-Cortez (D-N.Y.) is facing an ethics complaint after allegedly accepting a ticket reportedly worth tens of thousands of dollars to attend the Met Gala this week in New York City.

Thomas Jones, founder of the conservative-leaning American Accountability Foundation wrote (pdf) in an ethics complaint that he believes Ocasio-Cortez, a self-described socialist who represents areas of Queens and the Bronx, broke House rules by accepting the gift.

“While the individual’s invitations may bear the name of the Metropolitan Museum of Art, the Museum has ceded control over the invitations to a for-profit company, specifically Condé Nast, and to its Chief Content Officer, Anna Wintour,” Jones wrote.

“These rules exist for a reason. Without strict adherence, we run the risk of corruption in the halls of Congress and public officials serving others over their constituents. Government has a responsibility to its citizens, and integrity and accountability should be our foremost concern,” the complaint added.

During the event on Monday, Ocasio-Cortez wore a gown worth thousands of dollars that featured the words, “Tax the Rich,” in red, which drew significant criticism and attention on Twitter that a self-described socialist would attend an exclusive event that reportedly costs $35,000 per ticket. New York designer Aurora Jones created the dress.

“We are confident we complied with all ethics rules,” her office said in a statement to media outlets on Wednesday. The Epoch Times has contacted her office for comment.

Amid the critical feedback online, Ocasio-Cortez posted a video online defending her attendance at the Met Gala, which is generally frequented by celebrities, singers, actresses, and fashion luminaries. The congresswoman, who is in her second term, attempted to characterize her attendance as something that would send a message to wealthier Americans.

She also wrote on Instagram that she is “proud to work with [James,] a sustainably focused, Black woman immigrant designer who went from starting her dream [company] at a flea market in Brooklyn to winning [a Council of Fashion Designers of America award] against all odds—and then work together to kick open the doors at the Met.”

Ocasio-Cortez then pivoted, saying that the “time is now for childcare, healthcare, and climate action for all. Tax the Rich. … NYC elected officials are regularly invited to and attend the Met due to our responsibilities in overseeing our city’s cultural institutions that serve the public. I was one of several in attendance. Dress is borrowed.”

However, her comment did not assuage her critics, among them longtime journalist Glenn Greenwald, who publicly supported her during her 2018 campaign.

Ocasio-Cortez’s attendance and the Met Gala in general, he argued, is representative of the “convoluted” COVID-19 rules and decried photos that showed the congresswoman and other luminaries without masks while the Met Gala employees and others were forced to wear them.

“Even with all of this deceit and manipulation, there is something uniquely disturbing—creepy even—about becoming accustomed to seeing political and cultural elites wallowing in luxury without masks, while those paid small wages to serve them in various ways are forced to keep cloth over their faces,” Greenwald wrote for Substack. “It is a powerful symbol of the growing rot at the core of America’s cultural and social balkanization: a maskless elite attended to by a permanently faceless servant class.”