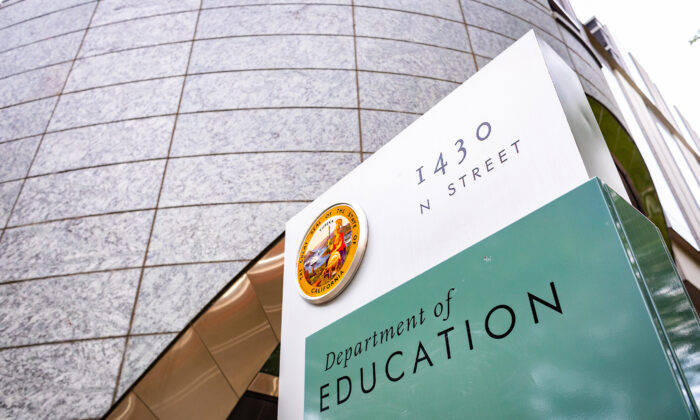 OC Education Board Hires Lobbyist to Advocate in DC

The Orange County Board of Education—whose majority has long been in favor of charter schools and parental choice—is preparing to advocate for their interests at the federal level by hiring a government relations firm.

The board unanimously voted during a special meeting July 26 to hire Washington, D.C.-based consulting firm David Turch and Associates for $120,000 per year.

Trustee Lisa Sparks told The Epoch Times that the board needed a lobbyist to stay informed of what is happening in Washington, D.C.

Turch’s firm—its clients include municipalities and private corporations across the country—is known for advocating and negotiating with federal departments and programs.

“Our job is to raise the views of the parents, the citizens, and the taxpayers in Orange County, and their views about education nationally,” Turch told The Epoch Times. “The two issues that appear to be dominant are charter schools and parental rights.”

One of the bills the board supports, Turch said, is H.R. 7525, a bill introduced by Rep. Michelle Steel (R-Calif.) in April that would protect charter schools from federal overreach by prohibiting the Secretary of Education from finalizing or implementing a rule relating to charter school programs.

Trustee Ken Williams said during the meeting that the board has historically retained a government relations firm but allowed its contract to expire without renewal in 2017 because “we had a new administration that supported charter schools and parental choice … so it was felt that we no longer needed it for a period of time.”

The board also already has a state-level representative, Tom Sheehy, to advocate for their interests in Sacramento.

During the meeting, Williams also spoke of some recent state bills that the board will pay close attention to in the coming months.

One of those bills, he said, is a state Senate bill that would move the board’s elections from the June primary to November’s general elections.

Sen. Dave Min (D-Irvine), who authored Senate Bill 286 in January, said in a statement that the change is aimed at increasing voter turnout.

Orange County is one of only five counties in the state that holds its Board of Education elections in June, according to Min.

In 2020, nearly 820,000—or 45 percent—of voters participated in the primary election, while nearly 1.6 million residents cast their votes in the general election.

In the most recent June primary 2022 election, only about 640,000 ballots were cast—35 percent of the 1.8 million registered voters in Orange County.

In a statement to The Epoch Times, Min said the bill would bring the board’s race in line with other counties across the state and with every other election in Orange County.

“The OC Board of Education race – along with the OC Superintendent – is the only election that is decided in the low turnout primary, which confuses voters unnecessarily,” Min’s statement read. “It is sad that this Board of Education has once again chosen to waste our taxpayer dollars rather than actually spend their time and our money trying to improve public education in Orange County.”

Trustee Sparks, however, said called Min’s bill “purely political” for singling out the board and not other governing entities that hold elections in June.

“[Min’s] argument is that there’s more representation for voters,” Sparks said. “Well, that could be but it’s not really telling the whole truth because if that were the case, then he would have also proposed a new superintendent election—from the primary to the general—which he did not do.”

Correction: A previous version of this article stated that the board hired a government relations firm for state-level, instead of federal-level, issues. The Epoch Times regrets the error.