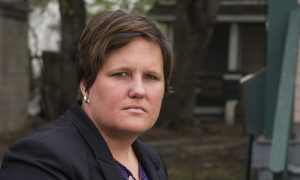 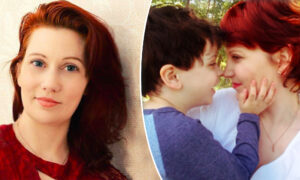 ‘No One Is Getting Near This Baby’: Mother Who Was Raped Couldn't Protect Herself but Protects Baby
0 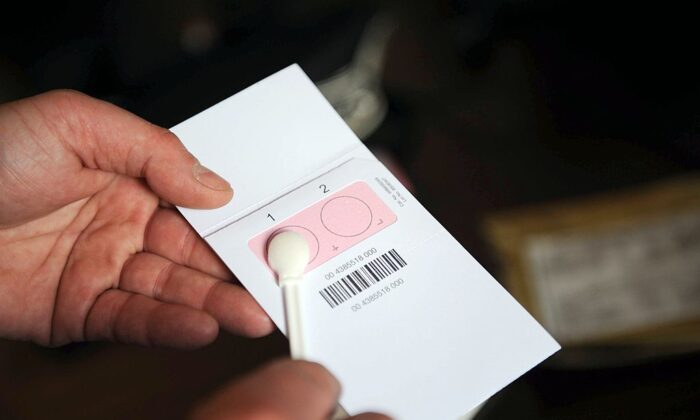 A file photo of a DNA kit used for investigating rapes, shown during a press conference at La Rochelle tribunal in France, on April 14, 2014. (Xavier Leoty/AFP via Getty Images)
Southern California

DNA testing from these kits can help prosecute rapists, providing closure for some victims who have been waiting decades, said District Attorney Todd Spitzer and Supervisor Don Wagner, who have jointly made the commitment to clear the backlog.

Backlogs in processing rape kits have been an issue across the country, with the non-profit End the Backlog estimating hundreds of thousands of kits sit untested in police facilities. Other California counties have also started to address the issue.

Santa Clara County in the north announced Feb. 11 that it had completed its efforts to clear its backlog of about 270 cases. Santa Clara’s Board of Supervisors approved funding for the efforts in 2018.

Orange County has about 1,500 kits to test. The grant of approximately $600,000 the Board of Supervisors recently approved supplements a federal grant the county received last year. The effort is estimated to cost more than $1 million.

Wagner anticipates that kit testing will result in prosecutions, and thus provide closure to many victims.

“It certainly is my hope that we will be able to identify some cases that can still be prosecuted,” he told The Epoch Times. “You go back 30 years, some of these people obviously are dead, they’ve moved away, they may be in jail on other charges somewhere else. So that’s the closure aspect of it. I would anticipate that coming out of the closure of this backlog, there will be some cases.”

Wagner said that the kits “ended up getting concentrated in the sheriff’s and the DA’s offices” due to a lack of funding for the forensics labs.

“They ended up with an inundation of these kits. So it just sort of aggregated over time and there was never really the funding and/or the political will to deal with the backlog,” he said.

Spitzer became district attorney about a year ago, and he said in a statement released Jan. 20 that clearing the backlog has been a prime concern for him since the get-go.

“I have doubled down on that commitment,” Spitzer said. “The District Attorney’s Office is fully invested in getting these untested kits tested to provide these victims justice and a safer Orange County.”

In 2017, the Board approved funds to hire more forensic scientists, but the funds were not enough to clear the backlog.

In September 2019, the state passed a law that all rape kits must be tested within 120 days.

Wagner said that it’s important to know that current cases are being tested in a timely manner. Wagner emphasized the necessity of knowing the proper protocol if you experience a sexual assault.

“If you’re a victim of a crime today, hard as is it, don’t shower, don’t bathe, get to a hospital, get tested and give us the opportunity to timely deal with the crime,” he said. “Immediately seek help … because it will be prioritized. That is the most important thing right now⁠—making sure that the current crimes are investigated and prosecuted.”