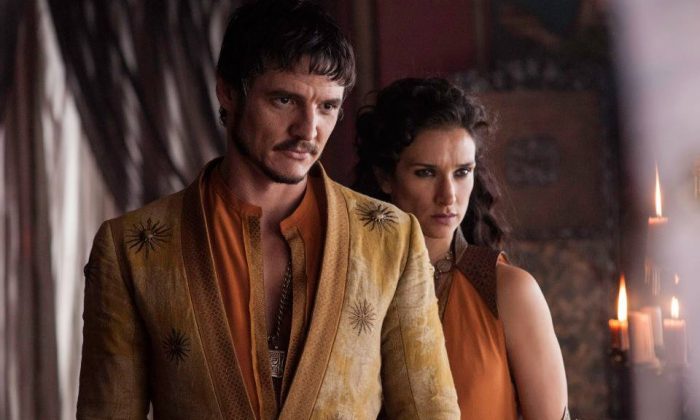 The trailer for “The Mountain and the Viper”–“Game of Thrones” Season 4, Episode 8–was posted Sunday night.

The episode will air in two weeks due to Memorial Day.

It will be shown on Sunday night on June 1.

Oberyn told Tyrion in Episode 7 that he’ll be his champion in order to fight The Mountain. Oberyn wants to kill The Mountain due to him killing his sister to exact justice.

According to EW.com, Bryan Cogman, a “Game of Thrones” writer, spoke about this season.

“The writing of that scene is the most fun I have had writing anything. I love the courtroom drama as a thing. It was a lot of fun playing with the tropes of a courtroom drama without making it into Law & Order: Westeros,” he told EW.com. “It was a tricky balance, and I know in my first draft I went too far — I never had the line, ‘Objection your honor!’ but I might as well have. At one point, I had a stenographer in a corner with a quill and paper. That said, it was a lot of fun. If you look at the Jaime and Tywin scene, it’s not unlike a counselor meeting with the judge during court recess.”

He continued: “I have enormous respect for Law & Order doing it all these years — the technical aspects of shooting those scenes with all those people reacting, it was exhausting to shoot. We shot it over four days. Sitting that long and reacting silently while staying focused on what’s happening for hours on end is very tiring; almost as tiring as shooting in the rain.”

Cogman noted that the scene between Tyrion and lover Shae is heartbreaking in particular.

“That’s exactly right. He knew his head was gone anyway. He knew it the minute the trial started. It’s a nice surprise when Jaime comes in and offers a glimmer of hope, then it all comes crashing down. You’re right, it’s not about him anymore, it’s about them. Also, he loved a woman as a kid and that was screwed up by his family, and now it’s happening all over again,” he said.

Cogman notes that the final episodes for this season will be quite intense, with a number of plot twists.