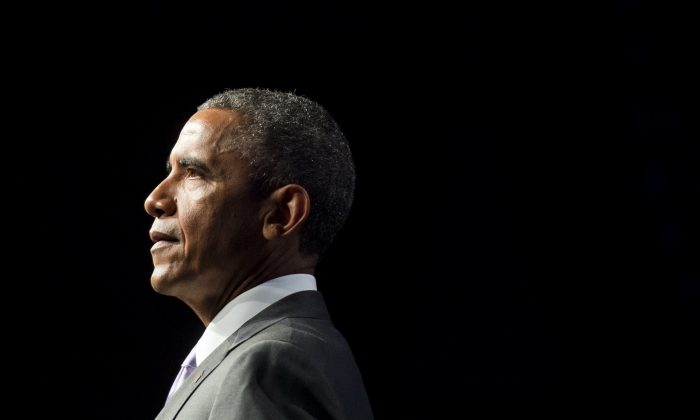 A new report from an international research group has dealt a devastating blow to Obamacare’s apologists.

The Organization for Economic Cooperation and Development (OECD)—a group of 34 developed countries—recently ranked member countries by per-capita health care spending. The United States took first place by spending $8,713 per person—more than double the OECD average of $3,453.

In other words, six years after President Obama signed the Affordable Care Act, the United States still spends far more than any other country—and has little that’s positive to show for it.

Six years after President Obama signed the Affordable Care Act, the United States still spends far more than any other country—and has little that’s positive to show for it.

The U.S. health care system is failing by any number of standards. The percentage of the Americans classified as “obese”—35.5 percent—is among the world’s highest. We’re the only country to rank in the top 10 for per-capita medical spending and register an average life expectancy under 80 years.

Obamacare’s “solution” to these problems is to spend more taxpayer money. Chiefly through insurance subsidies and Medicaid expansion, the law will dole out $1.2 trillion in new federal spending between 2016 and 2025.

Chiefly through insurance subsidies and Medicaid expansion, the Affordable Care Act will dole out $1.2 trillion in new federal spending between 2016 and 2025.

On top of that, general health care inflation is projected to increase federal health care expenditures by 6 percent per year through 2024—at which point, one of every five dollars spent in this country will be devoted to health care.

Other studies have reached similar conclusions. A University of Pennsylvania study noted that colon cancer patients covered by Medicaid had a higher mortality rate than those who were uninsured. According to a Columbia–Cornell study, Medicaid patients with clogged blood vessels in their legs or feet had worse health outcomes when compared to the uninsured.

Obamacare also boosts health care spending by imposing huge regulatory burdens on health insurers. For instance, before the law passed, insurers were allowed to charge premiums based on patients’ health status, pre-existing conditions, and history. Now, through “community rating” regulations, insurers are prohibited from considering individual patient variations when setting prices—and must not charge old people more than three times what they charge young ones.

Obamacare tries to ameliorate this dynamic—again, by throwing more money at the problem. The law will funnel $849 billion into subsidizing insurance costs for young people over the next nine years.

To moderate premiums somewhat, insurers are limiting which doctors patients can see. Forty-one percent of all insurance plans now utilize “narrow” physician networks, meaning that they provide access to less than 25 percent of local doctors in a particular specialty. In some of the most populous states, such as California and Florida, narrow plans comprise over 75 percent of the market.

So while millions of Americans are technically “insured,” they can’t actually get the care they need. Their insurance may not cover the doctor they want—or need—to see.

The OECD’s new report shows that Obamacare has completely failed to rein in America’s spiraling health care costs. And the problem is only getting worse.