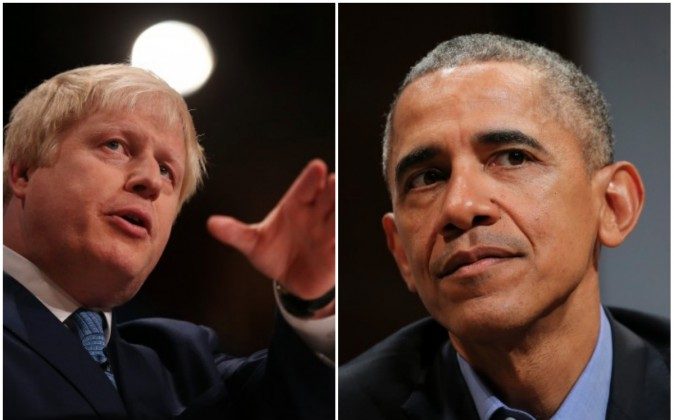 President Barack Obama is beseeching voters in the U.K. to stay with the EU when they vote in a June referendum.

“Cooperation, from intelligence sharing and counterterrorism to forging agreements to create jobs and economic growth, will be far more effective if it extends across Europe,” Obama said on April 22 in a letter published in The Daily Telegraph. “Now is a time for friends and allies to stick together.”

He is on 3-day visit to London and is talking with Britain’s Prime Minister David Cameron, specifically taking aim at the Islamic State (ISIS) but hoping to influence the U.K. to remain with the EU. The push for Britain to exit the 28-country EU is being dubbed “Brexit.”

“Together, the United States, the United Kingdom, and the European Union have turned centuries of war in Europe into decades of peace, and worked as one to make this world a safer, better place,” Obama said in the letter. “What a remarkable legacy that is. And what a remarkable legacy we will leave when, together, we meet the challenges of this young century as well.”

“For the United States to tell us in the U.K. that we must surrender control of so much of our democracy—it is a breathtaking example of the principle of do-as-I-say-but-not-as-I-do,” Johnson wrote in an op-ed to The Sun. “It is incoherent. It is inconsistent, and yes it is downright hypocritical.”

Both Obama and Prime Minister Cameron are set to host a joint press conference later on April 22.