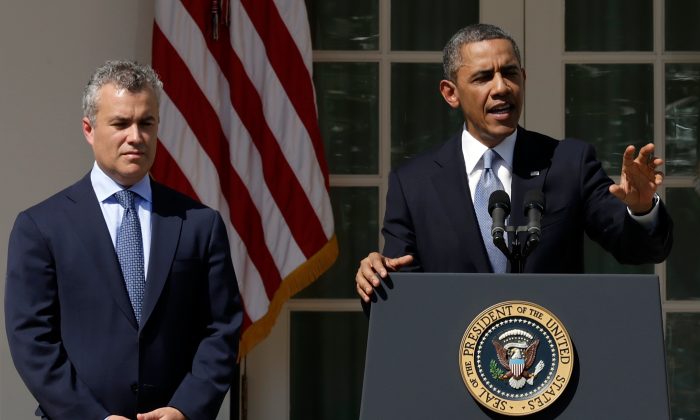 President Barack Obama’s budget plan would increase taxes by $580 billion over the next decade, but it relies on many proposals that have been repeatedly rejected by Congress.

One proposal is an increase in the cigarette tax—raising the tax $0.94 per pack would raise an estimated $78 billion over the next decade, which would go toward early childhood education.

The early childhood education would include providing all four-year olds from low- and moderate-income families with high-quality preschool, while encouraging states to help provide the same education to four-year olds from middle class families. Another part would promote access to full-day kindergarten and to programs for children under age 4, according to Business Insider.

More details are expected to emerge in the coming days about the proposed budget.

The current federal tax on cigarettes is about $1 a pack.

Some from the tobacco industry are unhappy with the proposal.

“It is unfair to single out adult tobacco consumers with another federal tobacco-tax increase to pay for a broad, new government-spending program,” said David Sutton a spokesman for Richmond, Virginia-based tobacco-maker Altria Group Inc., according to Bloomberg. And a spokesperson for NACS, which represents convenience stores, said stores would have less sales if the increase went through.

At the same time, anti-smoking advocates praised the proposal.

Also, Kathleen Seblius, the Health and Human Services secretary, told a forum at the Harvard School of Public Health that the tax would, while generating more money, discourage young smokers in particular.

Of the 4,000 children who try daily smoking, Sebelius said, about 1,000 become lifelong smokers.
“That’s one of the major issues behind lifetime health costs,” Sebelius said, according to the Harvard Gazette.

Obama says his tax plan is part of a balanced approach to deficit reduction that includes painful cuts to benefit programs like Social Security and Medicare. Most GOP lawmakers, however, adamantly oppose new taxes.