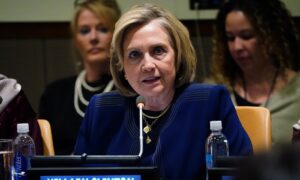 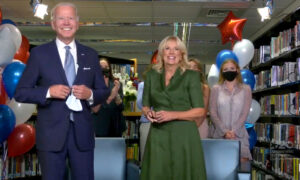 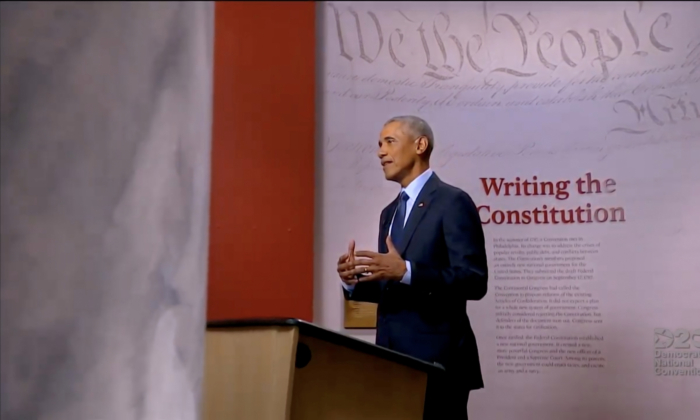 The Democratic party nominated Biden one day prior to face Republican President Donald Trump in the presidential election on Nov. 3. Biden served as Obama’s vice president from 2008 to 2012.

“Twelve years ago, when I began my search for a vice president, I didn’t know I’d end up finding a brother. Joe and I came from different places and different generations. But what I quickly came to admire about him is his resilience, born of too much struggle; his empathy, born of too much grief,” Obama said, referring to the tragic deaths of Biden’s wife and daughter.

Obama endorsed Biden in April and helped raise money for his campaign. Prior to the endorsement, Biden often referenced Obama on the campaign trail.

Many of Biden’s supporters have said they are more excited about removing Trump than voting for Biden, according to a July ABC News/Washington Post poll—an enthusiasm gap the convection’s program appears to have been designed to address.

Obama pointed to anecdotes from Biden’s personal life to argue that the former vice president could relate to everyday Americans. The former president said Biden’s experience in the White House prepared him for future crises.

“When Joe listens to a parent who’s trying to hold it all together right now, he does it as the single dad who took the train back to Wilmington each and every night so he could tuck his kids into bed,” Obama said.

“For eight years, Joe was the last one in the room whenever I faced a big decision. He made me a better president—and he’s got the character and the experience to make us a better country,” Obama added.

While elevating Biden, Obama took repeat shots at Trump, who has dismantled some of the Democratic president’s key policies at home and abroad.

“For close to four years now, he’s shown no interest in putting in the work; no interest in finding common ground; no interest in using the awesome power of his office to help anyone but himself and his friends; no interest in treating the presidency as anything but one more reality show that he can use to get the attention he craves,” Obama said.

The Trump campaign, responding to the third night of the convention, said that “radical leftists have taken over the Democrat party and now they want to take over this country, pledging to remake America in the image of socialism.”

“Democrats are still hiding Joe Biden, but they can no longer hide their radical socialist agenda,” Hogan Gidley, Trump 2020 national press secretary, said in a statement.

“This cannot happen. Their agenda includes raising taxes by $4 trillion, forcing a government takeover of your healthcare, cutting police funding, and granting amnesty to 11 million illegal aliens, while also giving them taxpayer-funded healthcare and work permits so they can compete against Americans for jobs.”

As the convention was being broadcast across the country, Biden led Trump by more than 7 points in an average of polls maintained by RealClearPolitics.