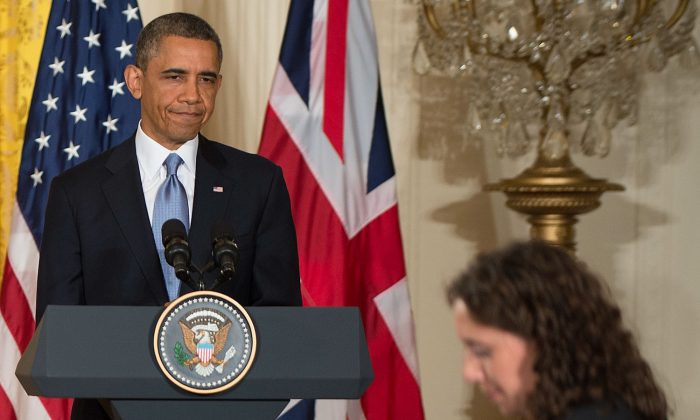 US President Barack Obama reacts to a question from the Associated Press's Julie Pace (R) during a press conference with British Prime Minister David Cameron (not seen) at the White House in Washington on May 13, 2013. (JIM WATSON/AFP/Getty Images)
US

Republican critics say the Obama administration tried to hide a suspected terrorist involvement in the attack last September. Obama said three days after the criticized talking points were released, his administration released information about the terrorist connection. The president asked why he or his staff would try to cover it up for only three days.

“This gets spun up as though there’s something new to the story,” he said of the new hearings that began last week. “Americans died in Benghazi. Clearly they were not in a position where they were adequately protected.”

He said he pledged to find the terrorists responsible after the attack and “that’s exactly what we’ve been trying to do.”

He said political agendas have created a publicity campaign around his administration’s released talking points that is simply “a sideshow.”