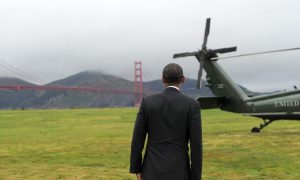 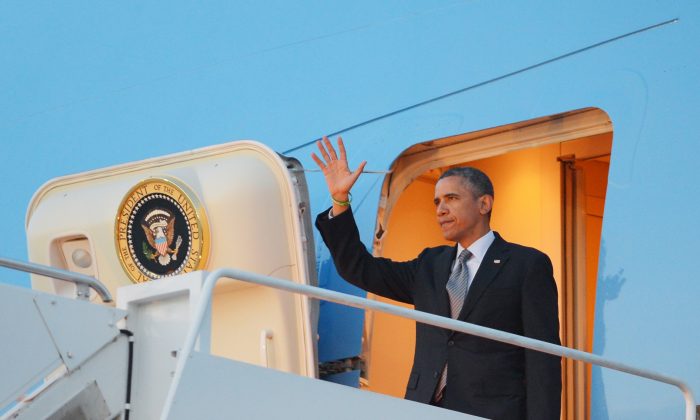 President Barack Obama waves as he steps off Air Force One upon arrival April 8, 2013 at Andrews Air Force Base in Maryland. (MANDEL NGAN/AFP/Getty Images)
US

The president was coming back from the University of Hartford to speak about gun control, reported The Hartford Courant.

Joseph Stravinskas, a 27-year-old homeless man, was using the rifle-styled BB gun to shoot at cans in a lightly wooded area in Bloomfield, Conn.

Police Capt. Stephen Hajdasz on Tuesday told the paper that a detective heard a sound in the bushes near where Obama’s route was going. He said that Stravinskas was not cooperative with police and was arrested.

According to the paper, Secret Service agents were concerned enough that they called on the police to tell him to stop.

However, The Associated Press reported that he was pacing back and forth before he pulled out the gun as the motorcade went past and was heading to a local airport.

Police said that he was acting suspiciously and he was taken into custody by force when he pulled out the gun.

The Courant reported that he was charged with breach of peace, threatening, and interfering with police. His bail was set at $15,000.