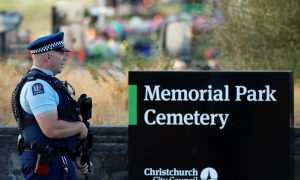 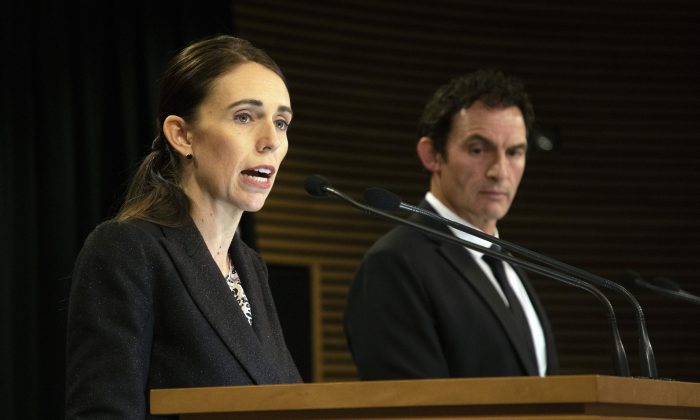 New Zealand could find itself out of pocket by hundreds of millions of dollars due to a new gun buyback scheme announced on March 21.

The New Zealand government will ban and buy back every military style semi-automatic gun and assault rifle (MSSA) across the country which the Ardern Labor government sees as necessary to avoid a repeat of the March 15 mass shooting in two of Christchurch’s mosques, killing 50 people.

Prime Minister Jacinta Ardern said there is no way of knowing exactly how much the buyback will cost the country beforehand.

“One of the failings in our system means we can have a range of weapons that are of this power and calibre and simply not know how many there are,”Ardern told reporters at a press conference.

However, the government predicts it could cost hundreds of millions of dollars.

“The estimate that has been made by officials is that the buyback could cost anywhere between $100 million (US$69 million) and $200 million (US$138 million),” Ardern said. “But that is the price that we must pay to ensure the safety of our communities.”

The prime minister announced immediate action to deter people from starting to stock-pile the soon to be prohibited weapons. Governor-General Patsy Reddy also signed an Order in Council, under section 74A(c) of the Arms Act, on March 21 to reclassify a wider range of semi-automatic weapons as military style firearms under the Act.

The measure legally classifies weapons to be banned under amendments to the Arms Act as weapons requiring an “E endorsement” on a firearms licence—for military-style semi-automatic (MSSA) rifles or shotguns. Spare parts used to convert the guns into MSSAs are also being banned, as well as all high-capacity ammunition magazines.

“The effect of this is that it will prevent the sale of MSSAs and assault rifles to people with A category gun licences,” Police Minister Stuart Nash said in a public statement. “We are introducing transitionary measures for gun owners to hand in their guns to police to hold until details of a buy-back are announced. Likewise, the Police continue to accept guns for destruction.”

Nash encouraged gun enthusiasts not to apply for the firearms and ammunition that will be banned in early April.

“Importers can buy these extended magazines. As the prime minister has alluded to, these are going to be illegal in three weeks time, so don’t waste your money,” he said at the press conference.

Ardern echoed this view and asked the general public not to waste police resources by submitting an application for weapons that will be banned shortly after.

“I can assure you that that would be a fairly pointless exercise … we will be banning these in three weeks’ time, so essentially there is no point in applying,” she said. “You can imagine that the police might have other priorities in that three week period other than processing such applications.”

There will be an amnesty for the weapons to be handed in during the buyback scheme.

The prime minister said she believed that most “legitimate gun owners” would “understand that these moves are in the national interest, and will take these changes in their stride.”

“When Australia undertook similar reforms [in 1996], their approach was to allow for exemptions for farmers upon application, including for pest control and animal welfare,” Ardern said in a statement. “We have taken similar action to identify the weapons legitimately required in those areas, and preclude them.”

The government plans to introduce a bill into parliament when it next sits in the first week of April. A select committee will quickly give feedback on technical aspects of the changes before the amendments to the existing laws will be made with “urgency.”

“Expect these amendments to the Arms Act to be passed within the next session of parliament,” Ardern said.

Nash revealed the bill will include some exemptions for legitimate business use such as professional pest control.

“Police and the Defence Force will also have exemptions. Issues like access for mainstream international sporting competitions are also being worked through,” he said. “We have also acknowledged that some guns serve legitimate purposes in our farming communities, and have therefore set out exemptions for 0.22 calibre rifles and shotguns commonly used for duck hunting.”

Anyone wishing to surrender a gun is asked to phone the local police station ahead of time.

There have been mixed reactions from pro-gun lobbyists to Ardern’s announcement.

“This usually led to poorly-written legislation, and never addressed the original problem of criminal activities with firearms going unpunished,” he told Newsroom. “All it affects is legal, law-abiding citizens, never criminals.”

Dunedin Clay Target Club President Grant Dodson said military-style semi-automatic rifles and tactical shotguns have limited use for target shooters and recreational hunters since they are designed for military combat use.

Registered New Zealand gun owners are estimated to have around 1.2 million guns, according to a 2017 Small Arms Survey—a figure representing about one gun for every four people.

Hunting & Fishing New Zealand has said it will be voluntarily removing all military-style assault weapons from their shelves.

“While we have sold them in the past to a small number of customers, last week’s events have forced a reconsideration that has led us to believe such weapons of war have no place in our business—or our country,” the company said in a Facebook post dated March 19.

“Irrespective of gun law changes now or in the future, Hunting & Fishing New Zealand stores will no longer stock military-style assault firearms of any classification or category—whether rimfire, shot shell and centrefire configuration.”

The prime minister defends the government’s tough gun control measures and tried to assure responsible gun owners that they were not being targeted by the government.

“To owners who have legitimate uses for their guns, I want to reiterate that the actions being announced today are not because of you, and are not directed at you,” Ardern said.

New Zealand’s gun laws have been in the spotlight since a gunman in Christchurch killed 50 people at two mosques.

And now six days after the attack, @jacindaardern has announced a complete ban on all military style semi-automatics and assault rifles. https://t.co/doHWx5tkca pic.twitter.com/dbpU1Ujsq5

Full details of gun bans and interim arrangements here. I feel this might be one of the most important things I have been a part of as a politician. Huge work over the last week. https://t.co/Rt2VUNONIS