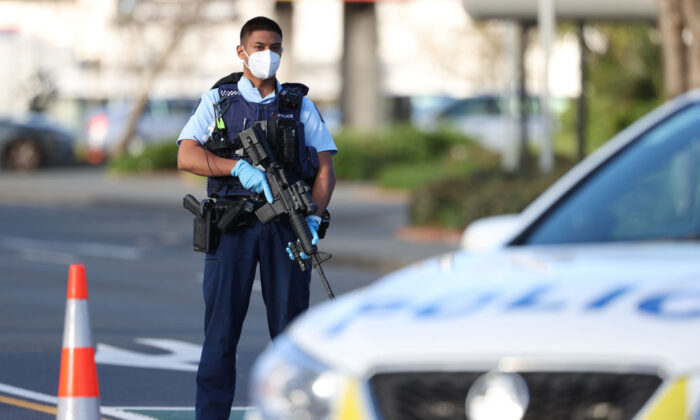 The New Zealand government has announced another crime package aimed at tackling intensifying youth crime by expanding youth engagement and employment programmes, which has been met with renewed accusations of Labour being “soft on crime.”

Police Minister Chris Hipkins and Social Development Minister Carmel Sepuloni revealed that the government would be supporting thousands more participants in programmes that help create opportunities for young people to break the cycle of crime.

All children aged 14 and under in West Auckland and Manukau, located south of Auckland, who are caught being involved in a ram raid will be referred to the Social Wellbeing Board.

The Social Wellbeing Board found that preventing youth crime was important for preventing future gang membership.

“Youth crime is clearly an issue right now, particularly in Auckland,” Hipkins said on Sept 6. “While youth crime is down on a decade ago, we’re seeing a spike of young people, even children, putting themselves and others in harm’s way through high-risk activities such as ram-raiding and smashing shops, and we want that to stop.”

In the first half of 2022, the number of ram raids increased by 518 percent, with the majority being committed by young people under 17.

The government has avoided the punishment of young people through the criminal justice system because it often sets up the person for a life of crime.

“This package will help address complex and longer-term youth engagement issues that have been made more challenging by COVID-19,” Hipkins said.

“Frequent disruption has prevented some children and young people from accessing an education, while others are still struggling with the impacts of the pandemic on them and their families.”

Hipkins, who is also the education minister, added that the new package would build on its existing plan to address record high truancy, as many children who are completely disengaged from school end up turning towards crime.

The National party described the announcement as “more window-dressing” from a government that was “scrambling” to deal with an “out of control” law and order problem.

“The announcement says nothing about imposing meaningful consequences on serious recidivist youth offenders who the government have been told are not being effectively dealt with by officials,” National Justice spokesman Paul Goldsmith said in a press release.

Darroch Ball, former MP and the leader of Sensible Sentencing Trust, an advocacy trust for victims of serious violent and/or sexual crime and homicide in New Zealand, agreed with the Nationals, saying it added “nothing new.”

“[Labour] refuses to focus on justice, accountability, or serious consequences for youth criminals, and instead continue down the failed pathway of being soft and making excuses for their behaviour,” Ball told The Epoch Times.

“This issue with youth crime has been a long time building, and the left Labour government genuinely has no idea how to fix the problem because they refuse to believe that holding youth to account is the answer.”

The youth crime package comes after an announcement on Sept. 5 that gave police new powers to seize assets obtained through criminal activity.

“This is about ensuring crime doesn’t pay and that there are major consequences for criminal and gang activity,” Justice Minister Kiri Allan said.

It went hand in hand with the government’s support for work within communities to stop young people from becoming involved in crime and gangs, Hipkins said.

Police will acquire an estimated $25 million (US$15 million) a year in the property as a result of new seizure powers, Allan told the AM show.

But community advocate Denis O’Reilly said it was not a good policy, with the government just “pandering to the polls.”

“No one’s going to complain about illicit gains taken off criminals, but when you start to conflate organised crime and gangs in the New Zealand context, which generally means brown, and then that gets extended to friends, associates and family, we’re going down a slippery slope,” he told RNZ.

Meanwhile, a social media post by a gang member urging followers not to vote National after detailing how the opposition party planned to crack down on gangs sparked renewed criticism of Labour being soft on crime.

“If you vote for or are considering voting for [the National party], please remove yourself from my friends’ list,” the post said, according to NZ herald.

Prime Minister Jacinda Ardern strongly denied that Labour was not taking crime seriously to gain the votes of gang members.

“I just find that a reprehensible position,” she told the AM show on Sept. 5. “We have increased the number of police officers, we are increasing the number of tools that are available to police, and today we are adding some additional tools particular on organised crime.”