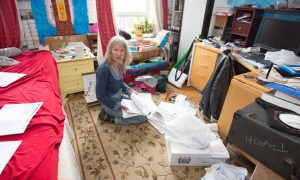 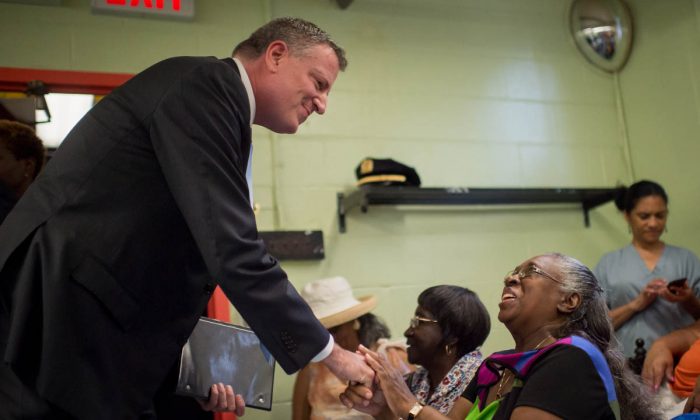 NEW YORK—Police and city officials have targeted 15 of the city’s most crime-ridden public housing developments for a multipronged effort to reduce crime.

Mayor Bill de Blasio announced on Tuesday that 150 light towers will be installed in these developments. The towers will serve as a temporary solution to light up pathways, public areas, and doorways, while permanent lighting is being developed.

Meanwhile, 850 youth from these developments will get jobs through the Summer Youth Employment Program, and 30 youth will get jobs with the city’s Street Conditions Operations Unit. The Department of Probation will also reach an additional 200 young people who have been involved in violence or gangs with one-on-one counseling.

Out of the 334 public housing developments, the selected projects account for nearly 20 percent of the overall crime, according to Carlos Gomez, chief of housing at the New York Police Department.

“The real issue here is to apply our resources where the problems are greatest and to apply them in a strategically effective manner that we think is a better kind of strategy and a better kind of training,” de Blasio said at the Wagner Houses in the Bronx, one of the 15 public housing projects that are part of the initiative

The latest initiatives are part of a larger city effort to reduce crime in public housing projects. Over the past several months the city added and reassigned 700 police officers to public housing, bringing the total public housing police force to 2,700. Though the primary aim is to increase police presence there, these officers will also routinely visit victims of crime and domestic violence in order to improve relations with the community.

In addition, de Blasio announced that that 107 community centers in NYCHA developments will remain open until at least until 11 p.m. every day. It is the first time in 30 years that these centers stay open that late. Police officers will be regularly posted outside these centers, Chief Gomez said.

According to a fact sheet released by the mayor’s office, the total effort costs over $210 million.